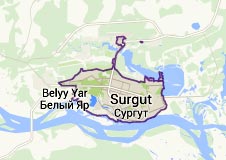 MOSCOW–Six Russians have died and dozens have been hospitalized after they smoked a legal synthetic drug in the far northern city of Surgut, prosecutors said Friday.

As of Friday, around 100 people have suffered ill effects and 36 have been hospitalized, said a spokesman for the prosecutors in the oil-rich Khanty-Mansiisk region, quoted by RIA Novosti.

The victims were aged between 18 and 35 and “died between September 19 and 24 after using an unknown substance which they had bought in Surgut,” the regional branch of the Investigative Committee said in a statement.

“They all smoked synthetic drugs,” prosecutors said in a statement.

The drug caused symptoms including agitation, fear and anxiety as well as enlarged pupils and unsteady gait and led some victims to fall into a coma, Dmitry Sukharev, an aide to Surgut’s city chief, told Channel 5 television.

Investigators in the regional capital of Khanty-Mansiisk, which is about 1,900 kilometers (1,182 miles) from Moscow, have opened a probe into causing multiple deaths by selling dangerous goods, punishable by up to 10 years in jail.

The head of Surgut’s branch of the Federal Drug Control Agency, Andrei Chernikov, told the Rossiiskaya Gazeta government newspaper that the victims bought the drug online, paying around 1,500 rubles ($39) per hit.

He said the victims were almost all healthy and not known to the authorities as drug addicts.

Synthetic drugs that mimic the effects of smoking cannabis are widely available in Russia, advertised as “spices” and “salts” on the Internet and in advertisements sprayed on pavements and sold under dozens of brands as incense or bath salts.

They “lead to damage of the cerebral cortex,” suicidal behavior, severe depression and hallucinations, Russia’s Federal Drug Control Agency says on its website.

The substance in the fatal drug has now been identified and the agency is in the process of adding it to the banned list, the agency’s deputy head Nikolai Tsvetkov told Channel One television.

The same drug is believed to have caused four recent deaths in the northwestern Kirov region, Channel One reported. Two have been detained on suspicion of selling the drug in the regional capital of Kirov, around 800 kilometers from Moscow.