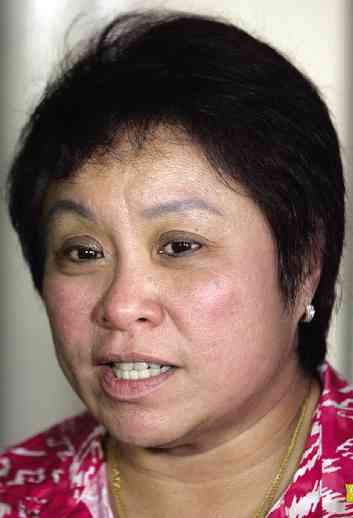 MANILA, Philippines—The Bureau of Internal Revenue (BIR) is going after a dentist known for having a celebrity clientele as well as two Manila-based businesswomen and several employees of the Asian Development Bank (ADB).

The BIR on Thursday said complaints for tax evasion had been filed in the Department of Justice (DOJ) against Steve Mark Gan, a dentist popular in show biz circles, who has offices and clinics in Manila and Makati City.

According to the bureau, Gan incurred tax payment deficiencies from 2009 to 2011 and “substantially” under-declared his taxable income by 283.13 percent during that period. He also allegedly did not file value-added tax (VAT) returns.

The BIR explained that under the Tax Code, under-declaration of taxable income by over 30 percent constitutes fraud. “Confidential information denouncing the dentist for tax evasion” earlier reached the agency, it added.

Similar complaints have been filed against Boots Yamzon, who runs a retail shop in Sta. Mesa, Manila; and Luisa Gocheco Chuahiong, who operates El Mart Fashion Center and El’A Commercial in Sta. Cruz, also in Manila.

The BIR said Yamzon was found to have a tax payment deficiency worth P10.5 million in 2008, while Chuahiong’s liability totaled P14.32 million in the same year.

Both businesswomen “ignored” notices informing them of their unpaid taxes. “The respondents’ obstinate failure and continued refusal to pay their long overdue deficiency tax assessments, despite repeated demands, constitute willful failure to pay the taxes due the government,” the agency said.

Six employees of the Mandaluyong City-based multilateral lender ADB were also charged for failure to pay proper taxes for their earnings last year.

The agency pointed out that it had put up a one-stop kiosk at the lobby of the ADB headquarters, wherein its Filipino personnel can do various transactions with the BIR. The bureau had also extended by two months the deadline for these employees to pay their taxes.

The last nine complaints brought to 301 the number of cases filed under the BIR’s Run After Tax Evaders (RATE) program being spearheaded by Commissioner Kim Henares.