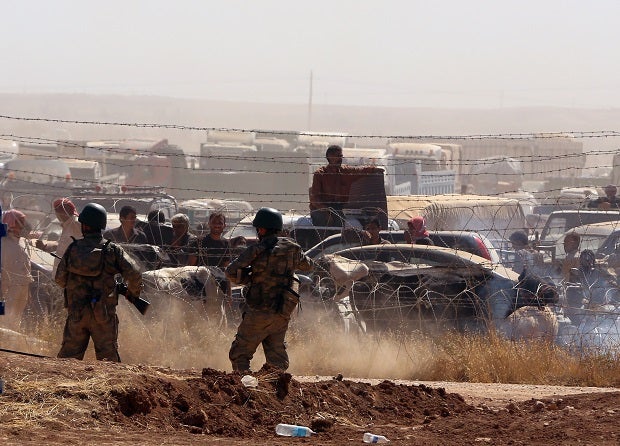 ‎But the PNP said that unconfirmed reports about ISIS recruitment in some parts of Central Luzon, Visayas and Mindanao reached the PNP’s Directorate for Intelligence.

“This issue is continuously being monitored by our Directorate for Intelligence and as of now, there are information but they are considered raw and they have not yet been ‎validated or verified,” Chief Superintendent Reuben Theodore Sindac said in a press briefing Wednesday.

“We can assure that the public has nothing to worry about if the ISIS has penetrated into the country,” Sindac said.

In August, Davao City Mayor Rodrigo Duterte said that some residents in their city have been recruited by the ISIS, and have left the country in July.

Duterte’s confirmation reinforced the claim of former President Fidel V. Ramos who recently said in a television interview that about 100 young Filipinos are training with the terrorist group.

‎Goldberg: US watching Isis in PH