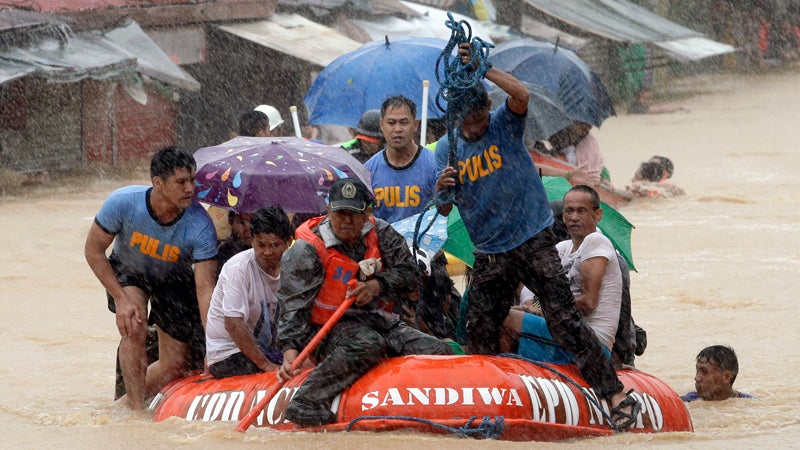 A man dives in the background as rescuers use a rubber dinghy to rescue trapped residents after continues heavy monsoon rains spawned by tropical storm Fung-Wong flooded Marikina city, east of Manila, Philippines and most parts of the metropolis Friday, Sept. 19, 2014. AP

Executive director Alexander Pama of the NDRRMC corrected its earlier pronouncement that seven people died as “Mario” barrelled through Metro Manila and nearby Luzon provinces.

Pama said five people were killed while six were injured and one was missing due to the storm worsened by torrential monsoon rains.

In its 11 a.m. bulletin, the Philippine Atmospheric, Geophysical and Astronomical Services Administration (Pagasa) said “Mario” was spotted at 143 kilometers north-northwest of Laoag City with maximum winds of 105kilometers per hour near the center and gustiness of up to 135 kph.

“Mario” was forecast to move north-northeast at 15 kilometers per hour and would be at 244 km north-northwest of Itbayat, Batanes by Sunday morning.

The tropical storm was expected to leave the Philippine area of responsibility by Sunday evening.

Cagayan, Kalinga, Abra and Ilocos Sur are under public storm warning signal no. 1. 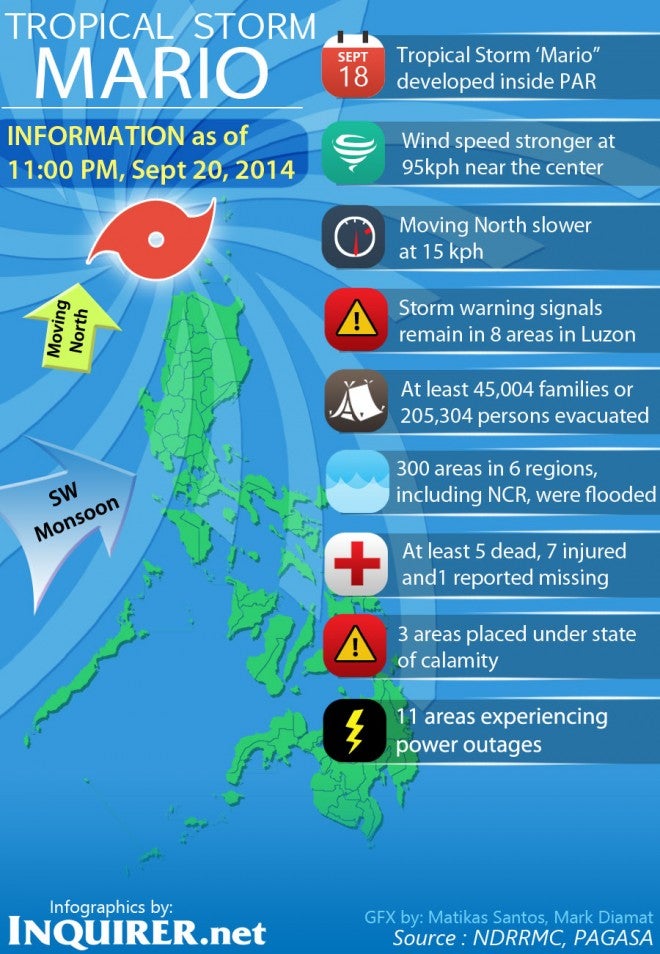 4 dead as ‘Mario’ continues to move away from PAR