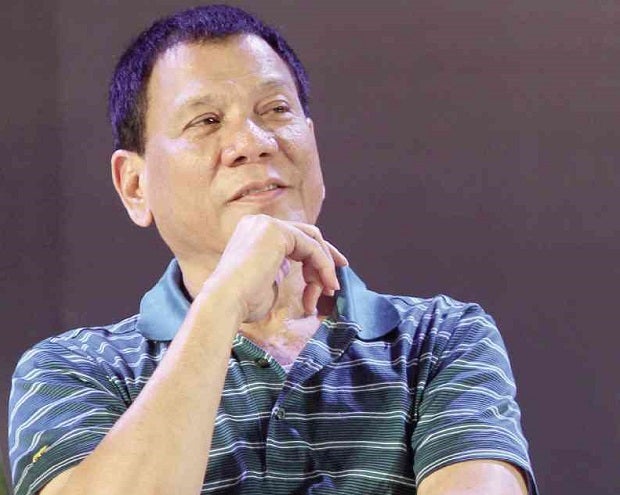 DAVAO CITY, Philippines – Indigenous people’s groups have sought the help of Mayor Rodrigo Duterte to intercede in the pangayaw (tribal war) waged by the paramilitary group Alamara against the communist New People’s Army (NPA) in the village of Gupitan, Kapalong, Davao del Norte, saying the move would only result in bloodshed.

Isidro Indao, spokesperson of the group Pasaka, said in a press conference Monday, the pangayaw the Alamara declared against the NPA could easily drag civilians in the fighting by indiscriminately accusing residents of being NPA members.

“We decided to ask for help from Mayor Duterte after Kapalong local officials turned a deaf ear to our concern,” Indao said in Cebuano.

“We ask the help of Mayor Duterte to call for a dialog with the Alamara, with (Kapalong) Mayor Edgardo Timbol and the NCIP (National Commission on Indigenous Peoples),” he said. “We would really like the NCIP to be there because we heard that the NCIP supported the pangayaw.”

Indao said Laris Masaloon, who has claimed to have led the pangayaw, has never been a tribal leader, although he has always been known in their area as an Alamara leader.

Duterte, also the head of the Regional Peace and Order Council (RPOC), was earlier called to intercede in another lumad (indigenous community) problem, when heavy bombardment in Talaingod town forced lumads to flee their homes and took refuge in Davao city.

Indao said lumads like him who have been opposing the entry of foreign-owned companies have been tagged as NPA members and could be targets of attacks. Aside from Pasaka, the indigenous people’s groups Kalumaran and Karadyawan called for the disbanding of the group Alamara, and accused the group of using the culture and tradition of the lumads in the government’s counter-insurgency operations. They also called for the resumption of peace talks between the Philippine government and the National Democratic Front of the Philippines (NDFP) to spare the lumads from more bloodshed.

The two-hour clash in the upland village of Gupitan also resulted in the wounding of Laris Masaloon, the Alamara leader.

The latest flare-up of violence happened in a 65,000-hectare tribal land in the rebel-infested frontier between Davao del Norte and Bukidnon provinces.

“As a result, three communist rebels as well as Datu Mansaloon’s 21-year-old son were killed,” Fiel told the Inquirer by mobile phone. He said the chieftain himself was wounded in the left arm. Another tribesman sustained injury.

Aris Francisco, a local NPA spokesperson, issued a statement, branding the Alamara as a bandit group said to be financed by the military and allegedly supported by the local government, accusing the armed group of human rights abuses against lumad communities in Gupitan.

The tense situation in Gupitan has affected more than 800 households in 10 communities since July, with lumad communities expressing apprehension of being caught in the fighting between government troops and the NPA.

Kapalong Mayor Edgardo Timbol said the local government had declared a state of imminent danger over Gupitan, and an incident command center was set up there last August to bring local government assistance to affected villagers.