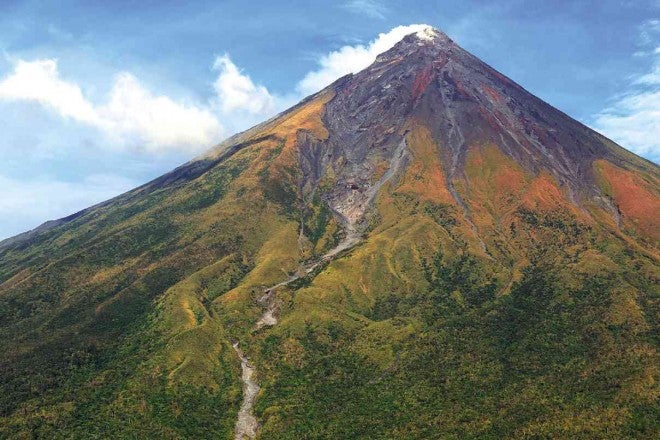 In a 10 p.m. bulletin, Phivolcs said that since 5 a.m. to 8 p.m. Monday, it detected 39 rock falls and 32 low-frequency volcanic earthquakes.

It traced the rock falls to “incipient breaching of the growing summit lava dome” in the volcano’s southeastern crater rim. The volcanic quakes, it said, indicated “magma intrusion and/or volcanic gas activity.”

Because of the increased unrest, Phivolcs said it was raising the alert status of the active volcano from Alert Level 2 to 3.

Alert Level 3 means that Mayon “is exhibiting relatively high unrest and that magma is at the crater,” it said, adding that “hazardous eruption is possible within weeks.”

Phivolcs advised authorities to enforce the 6-kilometer radius Permanent Danger Zone (PDZ) around the volcano and the 7-km Extended Danger Zone (EDZ) on the southeastern flank due to the danger of “rock falls, landslides and sudden explosions or dome collapse that may generate hazardous volcanic flows.”–Rick Alberto