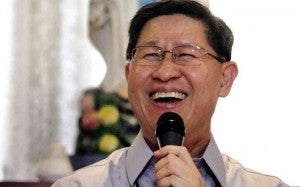 The vehicle which Pope Francis will ride during his three-day visit to the Philippines next year will not be enclosed in bulletproof glass unlike the one used by Pope John Paul II in Manila in 1995, according to Manila Archbishop Luis Antonio Cardinal Tagle.

“Even in the Vatican since (his election), Pope Francis has not been using the bulletproof Popemobile,” Tagle told reporters.

He noted that the bulletproof vehicle was used by Pope John Pall II in Manila during the 1995 World Youth Day because there was a threat to his life.

Tagle said the Pope’s visit would be the same as his visit to Korea when he ditched the Popemobile for a small Korean-made car.

But the Manila archbishop said the Pope’s vehicle would have a roof in case of a heavy downpour.

Pope Francis has likened the traditional bulletproof Popemobile to a “sardine can” that creates a wall separating him from the people. Since he assumed the papacy, he has been riding the open-topped vehicle during his tours through St. Peter’s Square.

Pope Francis will visit the Philippines from Jan. 15 to 19 next year as confirmed by the officials of the Catholic Bishops Conference of the Philippines. But Tagle said he and members of the committees organizing Pope Francis’ visit will fly to the Vatican City on Sept. 21 to arrange the visit.

“By November, we might have the details of his visit,” Tagle said.