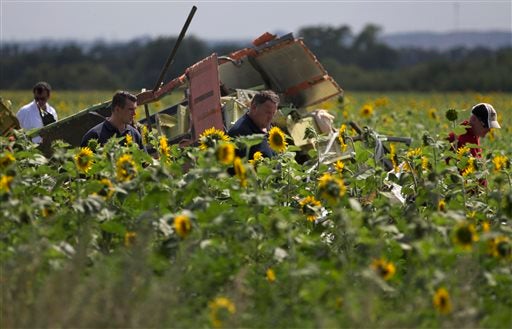 THE HAGUE, Netherlands— The Dutch team investigating the downing of Malaysia Airlines Flight 17 over Eastern Ukraine says the crash was likely caused by the plane being hit by multiple “high-energy objects from outside the aircraft.”

The preliminary report published Tuesday by the Dutch Safety Board stopped short of saying the Boeing 777 was shot down by a surface-to-air missile, but its findings appear to point to that conclusion.

The Boeing 777 was blown out of the sky July 17 over rebel-held territory in eastern Ukraine, killing all 298 passengers and crew on board.