Sokol chopper crash in Marawi not caused by material defect—military 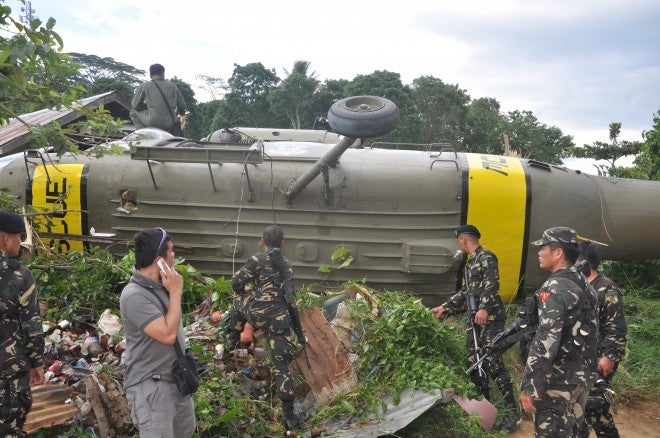 But the investigation was still ongoing and they were looking at other possible factors.

“The continuing investigation shifted to other contributory factors that affected human intervention. The investigation is still ongoing,” Canaya said.

“One thing is for sure, it’s not material factor,” he added.

Last Aug. 7, a Sokol chopper of the Air Force that was part of a convoy of Interior Secretary Manuel Roxas II and Defense Secretary Voltaire Gazmin crashed a few minutes after take off in Marawi.

The ill-fated chopper is beyond repair. All the Sokol choppers were immediately grounded after the incident but was lifted on Aug. 15.

Canaya assured that the rest of the Sokol choppers are safe to use.

“The material factor is ruled out so it’s already flying. We will not use it if there’s still a problem,” he said.