Enrile, Gigi Reyes together again at Sandigan arraignment; and there’s Napoles, too 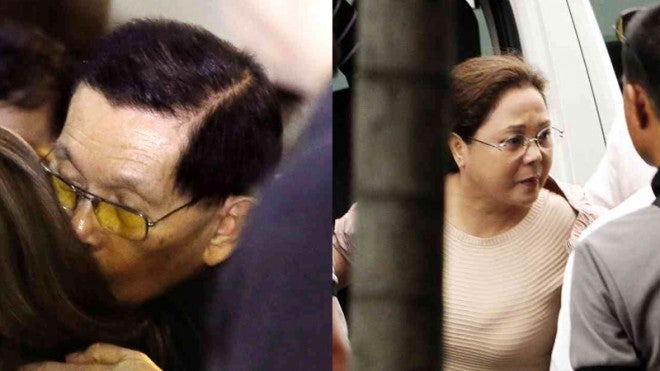 MANILA, Philippines – Senator Juan Ponce Enrile, his former chief of staff, and businesswoman Janet Lim-Napoles all arrived at the Sandiganbayan on Friday for their arraignment from graft over the pork barrel scam.

Enrile, 90, is detained at the Philippine National Police General Hospital; and Reyes at the Bureau of Jail Management and Penology in Camp Bagong Diwa.

Enrile and Reyes face one count of plunder and 15 counts of graft for his alleged involvement in the purported diversion of pork barrel funds to ghost projects for kickbacks under the scheme of accused mastermind Napoles. This is the first time they will see each other since they both surrendered to authorities.

Reyes has been asking the court for medical treatment as she claimed to be suffering from mixed anxiety disorder.