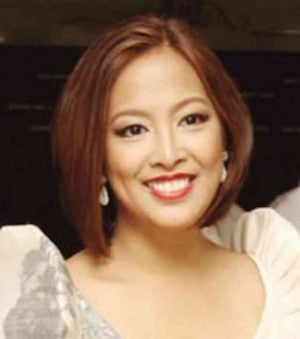 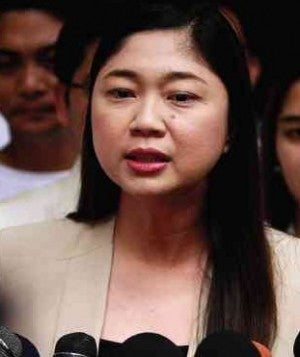 MANILA, Philippines–The latest casualty in the raging war between the Binays and Cayetanos is the deep friendship between a daughter of Vice President Jejomar Binay and the wife of Senator Alan Peter Cayetano.

“It’s over, she unfriended me on Facebook,” Abigail said.

She described her relationship with Lani, who was a godmother to her child, as “very, very close.”

“In fact, in 2007, we were both first-termers,” said Abigail who was on her third straight term. Lani served as representative of Taguig from 2007 to 2010 before she ran for mayor.

Their friendship weathered the intense rivalry between their family and even their cities (Taguig and Makati were involved in a dispute over Fort Bonifacio last year) until Cayetano took a swipe at the Vice President over an infamous incident last year involving Abigail’s siblings, Makati Mayor Junjun Binay and Sen. Nancy Binay. Both incurred the ire of netizens in November after they insisted that their convoy be allowed to exit through a gate in Dasmariñas Village which was already closed for security reasons.

Abigail, meanwhile, denied that she had anything to do with the plunder case filed by Polytechnic University of the Philippines law professor Rod Vera against Lani’s husband.

She said she also felt bad that the Cayetanos used private information—her picture with Vera in her private Facebook account—to bolster this false claim.

“On my part, I know something about them but I won’t stoop down to [their] level. In the end, we also spent time together,” Abigail added.

Abigail said that she regularly went out with Lani and several other friends in what they called the “Friday Club.”

“They say that the Friday Club is mostly made up of politicians. The only politicians there were me and Mayor Lani, the rest are friends. And if I’m not mistaken, Atty. Rod Vera is not part of the group because if he was attending it, he would have met me or Mayor Lani,” she added.

Abigail remained hopeful though that she and Lani would remain friends although she doubted there was a chance she would reconcile with Lani’s husband.

Aside from her ties with Lani, Abigail also confirmed that her father had been instrumental in including Sen. Antonio Trillanes IV in the opposition’s lineup of senatorial candidates in the 2007 elections.

“That’s true. In fact, I specifically remember that because my father was already in the hospital for kidney stones. He told us to wait for his return because he would talk to someone,” said Abigail who noted that Trillanes was in jail at that time.

Cayetanos of Taguig sued as probe vs Binays starts