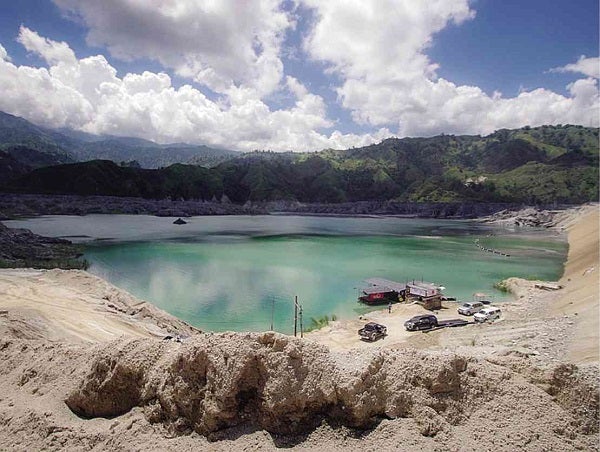 ON AUG. 1 last year, Tailings Storage Facility No. 3 of Philex Mining Corp. in Itogon, Benguet, leaked and spilled 20 million metric tons of silt into the Balog Creek and Agno River. As of late April, Philex officials said cleanup in the creek was 98-percent complete. RICHARD BALONGLONG

MANILA, Philippines—The Mines and Geosciences Bureau has allowed Philex Mining Corp. to finally resume its operations in its Padcal mine in Benguet, roughly two years after the company was slapped with a cease and desist order.

In an Aug. 27 letter to Philex Mining president Eulalio B. Austin Jr., MGB director Leo L. Jasareno explained that the “issues emanating from the tailings spill incident have been substantially addressed to warrant the resumption of the normal operation of Philex under the existing mining contracts with the government.”

“This Office has also received the letter dated May 15, 2013 of PhilexWatch, a network of civil society and people’s organizations, raising a number of issues in relation to the incident but such issues have been sufficiently addressed… The cease and desist order dated August 2, 2012 of this Office is hereby permanently lifted, to allow Philex Mining to resume mining operations in its Padcal Mine in Tuba, Benguet, subject to compliance with the terms and conditions of the pertinent Mineral Production Sharing Agreements,” Jasareno further said.

It can be recalled that more than 20 million metric tons of mine waste, accumulated for decades by Philex’s Padcal mine operations, were discharged from its tailings storage facility 3 (TSF3) into the Balog Creek and the Agno River after a breach during strong rains on Aug. 1, 2012. The Padcal mine straddles the Benguet towns of Itogon and Tuba.

Jasareno said Philex Mining has already paid the government P1.034 billion as penalty for discharging 20.7 million tons of tailings to the Balog and Agno Rivers. This is in compliance with the pertinent provisions of Section 190 of the Department of Environment and Natural Resources (DENR) Administrative Order No. 2010-21, and the implementing rules and regulations of Republic Act No. 7942 or the Philippine Mining Act of 1995.

The MGB likewise noted that Philex was pursuing the implementation of its rehabilitation and clean-up plan (RCP) for the areas adversely affected by the mine tailings spill. It has also received formal requests from various groups, all of whom had clamored for the permanent lifting of the cease-and-desist order.

Philex to reopen mine after 2 years

Read Next
Kidapawan chapel loses P500K to robbers; church workers fingerprinted
EDITORS' PICK
Beyond the Chocolate Hills: A farm-to-table, heritage culinary adventure of Bohol
MyCitiHomes premiers PH’s first 3-star certified BERDE District residential development
‘Crash Landing on You’ couple confirms pregnancy
Enrile contracts COVID-19: ‘To my critics and enemies, I am not going to die yet’
Metro Manila’s COVID-19 positivity rate jumps from 3.9% to 5.9% — OCTA
House energy committee chair Arroyo bats for cheap electricity
MOST READ
Duterte: It was correct for Bongbong Marcos to ‘decline’ presidential debates
Enrile contracts COVID and snipes at critics, foes: ‘I am not going to die yet’
Russia steps up missile strikes on Ukraine as G7 leaders gather
Dennis Padilla answers Leon Barretto’s open letter: ‘Been reaching out to you for 15 years’
Don't miss out on the latest news and information.