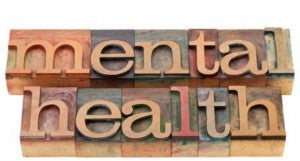 MANILA, Philippines–Soon more doctors, particularly in the provinces, will be able to treat patients with common mental problems and more local hospitals will have beds for psychiatric patients.

Dr. Dinah Nadera, head of the research committee of the Philippine Psychiatric Association (PPA), said the government had laid down plans to integrate mental health in the general healthcare of Filipinos in a bid to help people maintain a healthy mind and prevent mental illness and suicides.

“As of April 30, the national government has defined two national breakthrough goals for mental health promotion and the prevention of mental illness,” said Nadera in a health forum in Quezon City on Tuesday.

She said the government’s first goal was to get mental health into the mainstream of healthcare.

“This also means that even general practitioners are now being trained to handle common mental problems, including depression and psychosis,” she said.

This goal will cover 80 percent of primary healthcare physicians in selected provinces, she added.

The government is also working on developing standards for acute psychiatric care in hospitals, which would see psychiatric wards in general hospital settings, as its second breakthrough goal.

She said the government intended to achieve the twin goals by 2016.

Also at the forum, former PPA president Dr. Zita Soriano said the organization would be reviewing in October the Mental Health Act which it had been pushing for decades in Congress.

The bill on mental health seeks to make available in rural health centers the medications needed to treat mental illness and to train local health workers on mental healthcare, among other things, Soriano said.

According to the World Health Organization, four of the 10 leading causes of disabilities and death worldwide are mental problems. Based on increasing trends, depression, a major risk factor for suicide, will rank third by 2030.

While the Philippines keeps no formal record of fatal and nonfatal suicides, studies show that suicide is the ninth-leading cause of death among 20 to 24-year-old Filipinos. In this group, seven of 10 who committed suicide were men, Nadera noted.

At least 85 percent of the suicides were carried out in the home, she added.

The studies were based on death registries, case records, review of deaths, emergency room consultations, anthropological studies and school-based polls, she said.