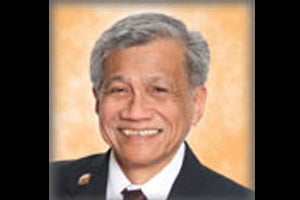 “The letter I wrote to President Aquino, and which was leaked to the media, was issued in my personal capacity and not as a representative of Akbayan,” he said in a text message to the Inquirer.

“The President and I have already talked. I respect the President’s prerogative in this matter. I will continue to support his government and his reform agenda,” said Bello, a close ally of Aquino.

In an Aug. 9 letter, Bello told Aquino that Abad should be fired for damaging the administration’s reform program with his Disbursement Acceleration Program, which the Supreme Court has declared unconstitutional.

He also said De los Reyes should be replaced for being weak and indecisive in implementing the Comprehensive Agrarian Reform Program Extension with Reforms (Carper) Law.

In his letter to Aquino, Bello said: “I have defended you against the efforts of a tiny minority in the House to impeach you on the matter of the (DAP). I cannot, however, defend the continued presence of Florencio Abad in your Cabinet as secretary of the budget.

“Owing to Mr. Abad’s bad judgment, your administration has been severely wounded by the DAP issue. Your popularity may not suffer but the credibility of the reform program with the citizenry will be thoroughly eroded with the continued presence of Mr. Abad.

“I think he has become a hindrance to the fulfillment of the program and I feel strongly that he must go for the matuwid na daan to regain its credibility,” Bello said.

On July 1, the Supreme Court declared the DAP, an economic stimulus program launched in 2011, unconstitutional, particularly certain acts that it said usurped the congressional power of the purse.

Bello also asked the President to fire De Los Reyes for being “irresolute and timid” in enforcing Carper against “landlord resistance” as 550,000 hectares of land were left undistributed after the June 30, 2014, deadline.

“De los Reyes has claimed that the failure to meet the deadline stems from ‘technical problems’ like the ‘lack of a central data base,’ inaccurate land surveys or unclear land titles. This is nonsense that was unfortunately inserted into your speech by your speech writer. The reality is that the problem is landlord resistance and the DAR’s lack of political will or courage to face it,” Bello said.

“Given a powerful law like Carper, a bolder and more innovative agency head could have made a big difference,” he said in the letter.