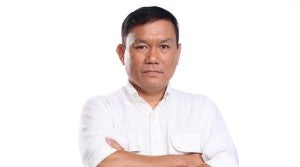 ANCHORMAN Melo del Prado of dzBB Radio yesterday sued the Philippine Daily Inquirer for libel for a series of articles that said he had received payoffs in the pork barrel scam that were allegedly disguised as advertising expenses.

The Inquirer released this statement yesterday: “We learned that dzBB Radio anchor Mr. Carmelo del Prado Magdurulang (popularly known as Melo del Prado) filed a libel complaint against the Philippine Daily Inquirer and some of its editorial staff. We have not formally received a copy of the complaint as of this time and as such, we are unable to comment on this matter.”

In a series of articles on the P10-billion pork barrel scam published last March, the Inquirer reported that several media personalities, including Del Prado, had benefited from the diversion of the lawmakers’ pork barrel, officially called the Priority Development Assistance Fund (PDAF), that was coursed through the state-owned National Agribusiness Corp. (Nabcor).

The Inquirer reported that Del Prado, a hard-hitting broadcast host whose show specializes in giving assistance to aggrieved listeners, was a recipient of three checks issued separately by Nabcor—on April 27, May 14 and July 6, 2009—totaling P245,535, all drawn from a Nabcor account at the United Coconut Planters Bank (UCPB) Tektite branch, PSE Center, Ortigas, Pasig.

Copies of the checks, which were described in the accompanying vouchers as “advertising expenses,” and accompanying documents were made available to the Inquirer by former Nabcor employees Rhodora Mendoza and Vic Cacal who have applied to become state witnesses.

Del Prado’s lawyer, Reginald Francisco, yesterday said the payments received by Del Prado from Nabcor were for a legitimate advertising plan of the Department of Agriculture’s Barangay Bagsakan project.

“In fact, we also have a copy of the print media plan where the Inquirer is the top grosser and its tabloid, Bandera, benefited, too,” Francisco said.

“We have a broadcast contract, billing invoice, certificate of performance, withholding tax form, which prove that these are genuine transactions,” he said.

Del Prado told reporters that he waited until after his wife had given birth before pursuing the case.

“When my name was destroyed in the newspaper, my wife was four months pregnant. She’s 39 years old, our first baby after 17 years, it was a high-risk pregnancy. The doctor said we should avoid any kind of stress,” he said.

In his complaint, Del Prado said: “There was no mention whatsoever of my receiving payoffs in the guise of advertising, nor that I was a beneficiary of the illegally disbursed (PDAF) in both affidavits submitted by the two Nabcor officials (Cacal and Mendoza) to the Office of the Ombudsman.”

Cacal and Mendoza are also named respondents in the libel case filed by Del Prado.

“Even the storyteller of the false and malicious tale is liable,” the Del Prado complaint stated, citing  “Rodolfo Vasquez vs CA, RTC Manila Branch 40 and People of the Philippines.”