This was the response of the Makati City government to Senator Antonio Trillanes IV’s statement that corruption in Makati City was probably bigger than the pork barrel scam.

“All transactions of the Makati City government undergo public bidding and other processes as required by law. Likewise all transactions are audited by the Commission on Audit,” Joey Salgado, the city spokesperson, said via text to the Philippine Daily Inquirer. 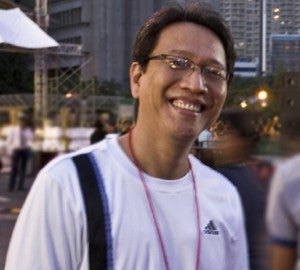 Although the Inquirer had initially called Salgado for comment, he asked that the questions be sent via text instead, saying it would be impossible for him to retain in his memory each of Trillanes’ pronouncements. The Inquirer pressed for a reaction over the phone, but Salgado insisted he would answer via text.

“While we respect the opinion of the senator, we feel that it is unfair and erroneous to make such a sweeping statement solely on the basis of a four-hour hearing where city officials were not given the opportunity to explain,” Salgado said.

He added it was “likewise unfair and erroneous to totally accept the claims of local political detractors,” who, he said, “have shown an inclination to make untruthful statements to the Senate Blue Ribbon Committee.”

“In particular, the false claim that our (birthday) cakes were purchased at P1k when official records show a purchase price of P306,” Salgado added.

To Trillanes’ claim he had insider information that President Benigno Aquino III would not endorse Vice President Jejomar Binay for president, Salgado, who also acts as the Binay family’s spokesperson, said, “The VP has never sought or asked for the President’s endorsement.”

Binay’s “candidacy for president as standard bearer of the United Nationalist Alliance is not dependent on such endorsement,” he added.