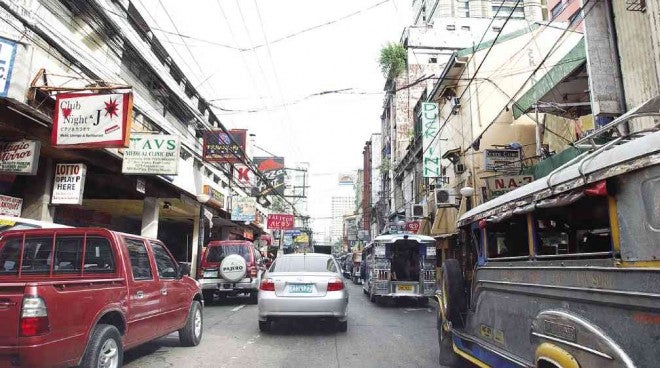 FROM small bars and restaurants to elegant hotels, tourist establishments in the Ermita-Malate area seek to preserve Manila’s vibe and charm.

“We noticed that during times of crisis it’s very difficult to contact the police. Just like in the movies, they arrive when it’s all over.”

An organization of hotels, restaurants and other leisure establishments, a group seeking to revive tourism in downtown Manila, has taken extra steps to improve peace and order in their area by providing each member with two-way radios for faster communication with the police and with each other in response to crimes victimizing tourists or shop owners.

Michelle Pe, president of the Ermita-Malate Business Owners Association (Emboa), said her group had deemed it necessary to set up its own communication network due to lingering security concerns that could frustrate their collective effort to attract hotel guests, diners and shoppers.

Pe recalled at least two incidents that convinced Emboa members that they should act on their own.

“Earlier this year, one of our member hotels was surprised when policemen from a distant (Manila Police District) station demanded that the hotel turn over a guest allegedly involved in a crime,” Pe said. “We were advised to call Station 5 (in Ermita) to verify if this was a legit operation, but their hotlines didn’t work. It took sometime before we reached the station.”

Another communication problem cropped up when an American national was killed on Padre Faura Street last year, near Emboa member establishments. “Our member businesses then were concerned and wanted to report it to the police. But again, their hotlines were not working,” Pe recalled.

A check with MPD records for the Ermita-Malate area also showed that, in a span of three weeks in July, a Thai lost a bag containing cash and gadgets worth P100,000 to snatchers; a Nepalese reported losing his wallet containing P29,000 to a pickpocket; and a Japanese and a Norwegian had their wallets also stolen.

Founded in 2012, Emboa is composed of 128 business establishments that include hotels, condominiums, restaurants, bars, art galleries, souvenir shops, travel agencies and banks, among others.

All members should have two-way radios by October, said Pe, who manages Miramar Hotel on Roxas Boulevard.

Pe recalled how she personally experienced difficulties contacting the MPD. “Station 5 has a landline and cell phone, but when I dialed the landline, it wasn’t working, and sometimes the cell phone can’t be reached either.” 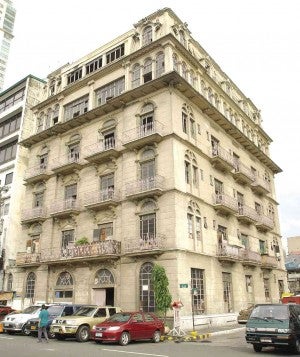 When Emboa raised the matter with MPD-Ermita, the police suggested the use of two-way radios. “We were surprised to find out later that they needed them as well. So we decided to push through with the project and donate a unit to the police.”

“These two-way radios will be like our hotline to the police. If our guests fall victim to crimes, we can radio what happened immediately and hope they can respond faster,” she added. “Or when a customer goes around and leaves our establishments without paying, we can use the radios to warn the others.”

“One of the reasons why some tourists tend to shy away from Ermita and Malate is the rising crime. The police are not very visible or are too slow to respond. In our meetings, the general observation is that the number of guests has been declining in the last five years,” she said.

Hoping to reverse the trend, Emboa has extended other forms of assistance to the Ermita police station: Two years ago, it donated a computer with Internet service and helped the station pay its phone bills to have the line reconnected.

“We are doing this so that they can respond and process our reports more quickly,” Pe said.

Last week, Emboa also stepped up its urban renewal efforts with a cleanup drive to rid the streets of garbage, illegal stalls and other eyesores. “We have to start these things ourselves for our district before we can expect help from others,” Pe stressed.