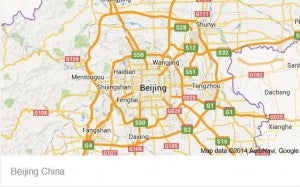 The Boeing 737 was preparing to land at Wuhan airport in central China but had no response from the air traffic control tower for 12 minutes, reports said.

“Because air traffic control was asleep on duty, (the plane) called many times,” civil aviation authorities said in a statement quoted by Chinese business magazine Caijing.

“But there was no reply, and no contact could be made with the control tower.”

The incident happened on July 8 and the statement was dated July 29. There was no explanation for the delay in making it public.

“Air control work is truly exhausting, but it is unforgivable to sleep on duty,” a post on Sina Weibo, China’s version of Twitter, said Tuesday.

“Hundreds of people’s lives depend on the actions of flight tower controllers. We entrust our lives to you,” the post continued.

Another netizen added: “Such serious consequences. Should let him sleep as much as he wants in prison.”