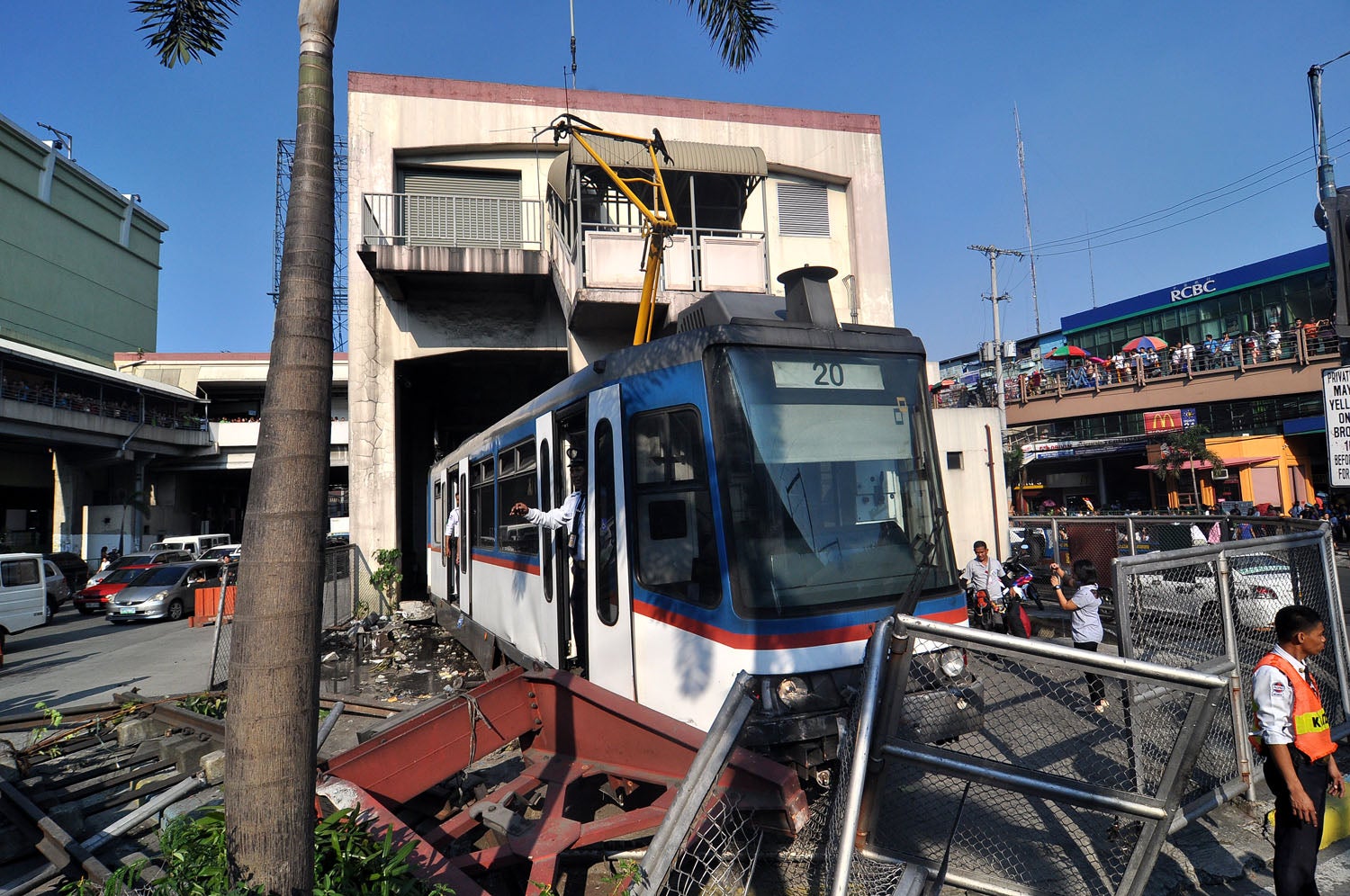 The MRT train that crashed and got derailed at the end of the station on Taft Avenue in Pasay City on Wednesday afternoon.
INQUIRER PHOTO/RICHARD REYES

MANILA, Philippines – Administrative charges will be filed against the drivers and other personnel for neglect of duty after the ill-fated Metro Railway Transit overshot the barrier in Taft Avenue station in Pasay City and left over 30 injured last week.

Department of Transportation and Communication Secretary Joseph Emilio Abaya said in a televised conference on Tuesday that the standard coupling procedure was not followed and only the assisting train did the coupling.

“Human error” was blamed for the incident.

Last Aug. 13, a southbound train stalled between Magallanes and Taft Avenue station after it lost power supply. As part of the standard operating procedure, the train had to be pushed by a train following it. The two trains had to be linked together but the coupling disconnected.

Abaya said that the train should have been towed back to Magallanes instead because it was nearer.

Abaya also said that the unpowered train went over the maximum speed of 15 kilometers per hour. It decoupled at the highest point of the railway in Magallanes station.

“There’s a buffer mechanism at the end that is designed to withstand 15 kph. But [the driver] also destroyed it,” he said.

MRT drivers are contractual and renewed every six months but the drivers involved are already on the job for six years. Abaya said the drivers will be sanctioned once results are final.

A new policy, which will disembark passengers in case a train stalls, will be strictly implemented, Abaya said.

Some of the recommendations include getting personnel to be more familiar with standard operating procedures aside from the re-training program held twice a year for all workers involved in train operations.

‘Hold on to the railings and open the doors!’