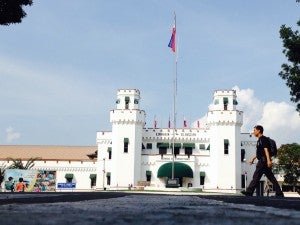 MANILA, Philippines—A supposed tunnel inside the compound of the New Bilibid Prison (NBP) is a mere “drainage system” and not an escape route for inmates, an NBP official said Tuesday.

NBP Superintendent Roberto Rabo in an interview over Radyo Inquirer 990AM, said the tunnel, which was discovered after the conduct of a pipe-laying project by a water concessionaire inside the Bilibid Compound, is an old drainage.

“This is an old drainage that was used by the NBP maximum security compound,” Rabo said, dismissing allegations that the tunnel was used as an escape route of inmates.

He said the tunnel was only about 10 meters long and has no exit point after the police conducted an ocular inspection.

Rabo, meanwhile, said they are ready to be investigated.