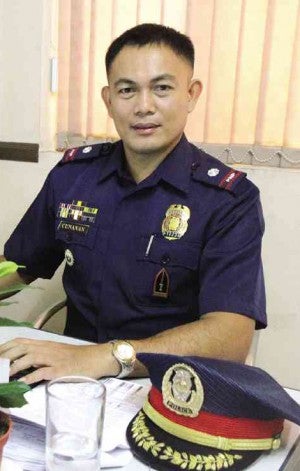 Cunanan (left): His desk job can’t keep him off the water and the road. PNP PIO

MANILA, Philippines – Aside from going after criminals and keeping the peace, these two policemen are on another, perhaps more challenging mission: Break the stereotype of the pot-bellied cop.

For Cunanan, 39, the Texas race held in May was just the latest of many competitions he had entered. He had also done 50-kilometer ultramarathons and   dragon boat races, and sometimes slowed things down by going mountaineering.

“I think it is only right for policemen to be more physically active and fit, and show that the stereotype of the pot-bellied cop is wrong,” Cunanan told the Inquirer on the phone from Baguio City, where he was again training for another race.

It was Cunanan’s first time to join an Ironman triathlon outside the Philippines, where he had been a veteran of the local versions since 2009.

With a steady PNP career, Cunanan finished Scout Ranger training and used to be with the Special Action Force. He is currently assigned to the CIDG’s Anti-Fraud and Commercial Crimes Division.

Desk job not an excuse

He said his involvement in sports may be an opportunity to show fellow policemen that they, too, can stay physically fit even as they age or are assigned to desk jobs. He cited the PNP’s own “Pulisteniks” or exercise program as a step in the right direction. 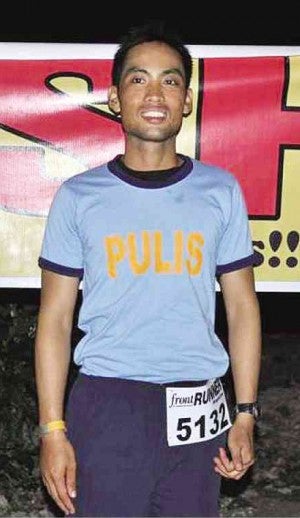 Guillen (above): Has joined seven races since running became his passion in 2012. PNP PIO

“With God’s grace, I want to be a role model to my fellow policeman in my own little way. But I believe there are many policemen regularly involved and excelling in sports and physical activities, but are just shy,” Cunanan said.

Guillen, a tourism policeman based in Lapu-Lapu City, shared this view. The 26-year-old rookie finished first in the 280-km ultramarathon held July 11. The race began at the Santander town hall in Cebu and ended in Barangay Maya, Daan Bantayan.

Guillen bested 14 other runners in what was dubbed the “longest race in Southeast Asia,” clocking 51 hours, 13 minutes and 38 seconds.

“All of these I achieved through God’s grace, guidance and protection, and through the support of my family, friends, teammates and coworkers,” Guillen said in a phone interview.

He picked up running as part of his fitness regimen only in 2012 but had already joined seven races. In February, the policeman also finished first in the Hardcore 100 Miles ultramarathon, pressing on despite the onslaught of Typhoon “Basyang” and completing the course in 24 hours and seven minutes.

“I became really fond of exercising when I became a policeman. I hope I can inspire others to do the same,” he added.