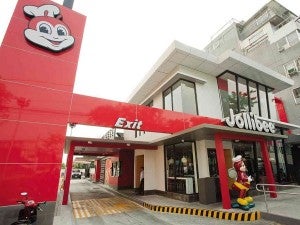 MANILA, Philippines—Put on a happy face. The joyless days are over.

Homegrown fast-food giant Jollibee Foods Corp. announced Friday  all of its Metro Manila branches will reopen on Sunday, adding that operations were “heading back to normalcy.”

A week ago, Jollibee told its loyal customers that 72  branches were temporarily shut down due to a technical glitch that caused supply disruptions.

Although some of these outlets will still be operating on a limited menu, Jollibee assured “100 percent” availability of its three most popular and bestselling items: Chickenjoy, Jolly Spaghetti and Yumburger.

“Our team has been working round the clock to  speed up our  commissary’s delivery schedule to enable all our stores to open by this weekend,” he said.

The company also said it continued to pay the salaries of all affected store employees even during the days the branches had to temporarily close.

Subido noted that Jollibee had a sufficient food supply   and enough raw materials—not just chicken but other products—in its centralized commissary in Laguna province.

“We would like to set the record straight that we do not import chicken or other meat products from China. Our chicken requirements are currently sourced from our accredited suppliers such as San Miguel Foods Corp., Foster Foods Inc. and GAMA Foods Corp., which have passed our strict quality standards,” he said.

“We would like to once again extend our sincerest apologies to our customers and thank them for bearing with us during these challenging times. Rest assured that we are doing our best to offer a complete menu lineup in all our stores within this month,” Subido  added.

Jollibee earlier apologized to the public for the disappointment and inconvenience brought about by the unavailability of their favorite products as well as the temporary closure of some of its stores in Metro Manila.

The company explained that it recently upgraded its computer systems  on  Aug. 1, but encountered difficulties in the conversion from the previous computer system to the new one.

As a result, even with a sufficient food supply, the change resulted in a temporary slowdown in the delivery of Jollibee products from the local commissary to the stores.

Despite recent disruptions, the company expects to replicate this second semester, the system-wide retail sales year-on-year growth of 14.3 percent in the first semester.