Yap: Low repayment rate does not make Acef a scam or a failure | Inquirer News

Yap: Low repayment rate does not make Acef a scam or a failure 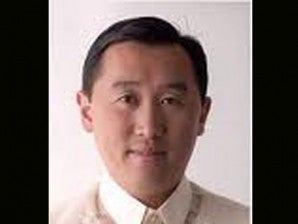 Former Agriculture Secretary Arthur Yap appealed for sobriety in assessing the agricultural programs under the previous administration, instead of twisting the issue for political vendetta.

“A low repayment rate does not make the Acef (Agriculture Competitiveness Enhancement Fund) Program anomalous or a failure. There may well be other reasons to rethink or restudy the Acef but it must be done objectively sparing us all the political agenda behind the current moves,” Yap, now a Bohol representative, said in an e-mail.

He said he merely implemented the law according to approved guidelines creating Acef.

“The alternative would have been to do nothing and that would have been the tragedy. The [Inquirer] banner headline that P10 billion in funds were drained is misleading and must be subject to close scrutiny on the nature of the availments which the DA [Department of Agriculture] can very well provide,” Yap said.

Yap disputed allegations that his friends benefited from the fund.

One of his friends, Albert Lim  of Queens Agro Industrial farms, said in a text message: “What kickbacks are they talking about? Nobody asked kickbacks from me. I was given an extension when I justified that we needed some extra time to begin payments for our project.”

Lim, chair of the Pork Federation of the Philippines, said that Acef had his checks postdated as a security measure.

He noted that it was unfair to tag Acef as a failure because of low repayment since smuggling, especially of pork products, continues unabated.

Yap said another friend, Lyndon Tan of Basic Necessity, was a reputable agri-entrepreneur who was selected last year as one of Ernst and Young’s Entrepreneurs of the Year.

In the case of Gemsum Marketing, which produces eggs from its Batangas farms, and Hi-Las, a mango and vegetable exporter to the United States, Yap said these firms had proven track records.

He said allegations that these firms had kickbacks should be substantiated because he was not aware of such illicit deals.

Yap admitted he encouraged one of the beneficiaries, Ubran, but only to ensure that even small poultry farmers would gain from Acef.

Yap pointed out that the agriculture department should also come out with a list of hundreds of other beneficiaries that blossomed because of Acef funds.

“We did not take any short cuts. We had to pass the strict criteria and the technical evaluations. We were approved fair and square without paying kickbacks,” Amores said.

He said Hi-Las amortized its loan on schedule but was forced to request a postponement of payment because of a chemical-residue incident involving its mango exports to Japan.

“Our request for postponement was approved and are covered by postdated checks,” he said.

“This will create a bad reputation for us. We patiently participated in all agri activities for us to be recognized and our project proposal was scrutinized thoroughly by the different Acef committees,” Ozaeta said.

He said the company needed the loan to reduce trading layers so that consumers could avail themselves of lower-priced eggs.

“They can also check on the feasibility study of the project and find out for themselves if it would still be operational if a certain amount of the loan were slashed for the alleged kickbacks,” Ozaeta said.

“Nobody asked kickbacks from us … Those claiming they paid kickbacks are maybe those with incomplete documents and did not get their loan application approved,” she said.