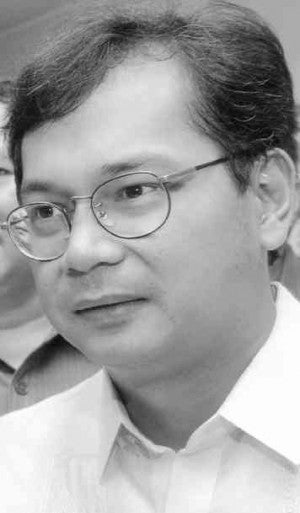 MANILA, Philippines–The Mandaluyong City government is going ahead with a controversial ordinance banning men from riding together on motorcycles unless they can produce government IDs proving that they are relatives, a measure supposedly intended to deter so-called tandem-riding criminals.

Only females and children may ride together without such requirements in the city, according to Ordinance 550, which was signed by Mayor Benhur Abalos on Wednesday.

In one of its later—and odd—modifications, the measure makes special mention of male riders who might attempt to elude apprehension by wearing wigs in order to look like women. It says policemen can flag down such riders for questioning.

The measure said violators would be fined P1,000 for the first offense, P2,000 for a second offense, and P3,000 for a third. A fourth offense would slap a P3,000 fine and a prison term of three months.

The ordinance will take effect 15 days after the publication of its implementing rules and regulations in newspapers in Metro Manila.

Abalos said in an earlier interview that the measure, which was patterned after a similar law in Colombia, would be “pilot-tested” for six months, after which it would be subject to a review.

The mayor then noted that data from the Eastern Police District—which covers the cities of Mandaluyong, Pasig, San Juan and Marikina—recorded 561 incidents involving bike-riding criminals from January to March this year, a 125-percent increase from the 249 cases recorded in the same period in 2013. Of the latest figure, only five percent resulted in arrests.

“The records disclose the fact that most of these motorcycle-riding criminals are males and they ride tandem,” the ordinance said.  “Circumstances now dictate that there is an urgent and pressing necessity of preventing, if not, minimizing these incidents.”

Despite the early criticism hurled at the measure, Abalos maintained that the ordinance would make the job easier for Mandaluyong’s 236 policemen to secure the city, which reaches a daytime population of 1.2 million.