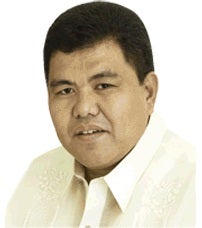 MANILA, Philippines—Electing members of political clans embodies the “freedom of choice” in a democratic country, Parañaque Representative Gustavo ‘Gus’ Tambunting said during the interpellation of the anti-political dynasty bill.

(Isn’t that democracy? A person has a right to choose his leader. If the voter will choose a son or daughter, nephew or niece, or a father of a politician, I think so long as the leader is voted in a clean elections, the voter shouldn’t be deprived of that.)

Castro, who also chairs the House committee on suffrage and electoral reforms, said the bill only prevents influential political families from dominating the electoral arena.

“What the proposed law prohibits is the simultaneous succession (of political families) because it will deprive the disadvantaged members of society to fight a well-entrenched family,” Castro said.

Castro said these “well-oiled” and “economic giants” in politics “have access to resources in government to make themselves stronger and almost invincible.”

The Capiz representative appealed to the chamber to pass the anti-political dynasty bill to hear the “people’s clamor” in finally implementing the constitutional ban on political clans.

“The only question is whether we in this chamber will open ourselves to political reforms,” Castro said.

The controversial bill finally reached in May this year the plenary of the Lower House long-dominated by members of political clans.

The bill prohibits spouses and relatives, up to the second degree of consanguinity or affinity of an incumbent official seeking reelection, from running for public office in the same elections.

According to the bill, a political dynasty “exists when two or more individuals who are related within the second degree of consanguinity or affinity hold or run for national or local office in successive, simultaneous or overlapping terms.”

The Commission on Elections (Comelec) is tasked to disqualify from running those who violate the proposed measure.

Should none of the members of the same family running in the same election decide to withdraw from the race, the Comelec will hold a raffle to determine which of them would be allowed to run.

The bill also seeks to ensure that elective posts would not be passed on to a member of the same family. It states that no person within the prohibited civil degree of relationship to the incumbent will be allowed to immediately succeed to the position of the latter.