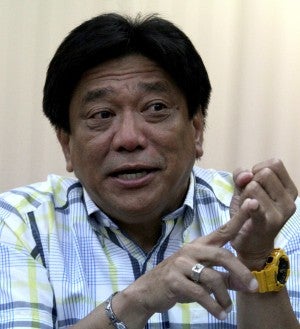 MANILA, Philippines—A partylist lawmaker questioned the need to import 1.3 million metric tons (MT) of rice this year even when the country is expecting at least 96 percent rice self-sufficiency rate in 2014.

During Wednesday’s budget hearing of the Department of Agriculture (DA) in the House of Representatives, DA Secretary Proceso Alcala said the country got a 96 percent rice self-sufficiency rate in 2013, from 82 percent in 2010.

Alcala said the country only imported 500,000 metric tons of rice in 2013 to fill in the four percent deficit.

But this year, the country seeks a more ambitious 96 to 98 percent rice self-sufficiency rate, Alcala said.

This means the projected supply of rice will be at 12.38 million MT to fill in the demand for 12.9 million MT, Alcala added.

To fill in the deficit, Alcala said they would import at least 800,000 MT of rice on top of the 500,000 MT of import that President Benigno Aquino III announced in his State of the Nation Address in late July.

He noted that the difference in the rice self-sufficiency rate this year from 2013 is minimal.

He added that local farmers’ income is severely affected by the sale of imported rice in the market.

Alcala failed to answer the question, merely saying that their proposed P51.7-billion budget for 2015 will address the farmers’ needs.

“That’s why we need to help the farmers to lower their production cost through technology,” Alcala said.