MANILA, Philippines — Despite falling 22 places among government institutions ranked by local businessmen, Malacañang on Tuesday said it was still satisfied with the results.

He said the Makati Business Club (MBC) survey showed that business leaders still trusted institutions such as the Bangko Sentral ng Pilipinas, which ranked first among the government agencies and institutions.

(That means they have a confidence in the ability of the Central Bank to steer the macroeconomic fundamentals of our country, especially when it comes to monetary stability.)

Coloma said another proof of the continued belief of the business sector in the government was MBC president Ramon del Rosario who expressed confidence in President Benigno Aquino III during the Daylight Dialogue forum in Malacanang last July 15.

He said there was also a large gap between those satisfied and not satisfied.

Below is the summary of the said survey: 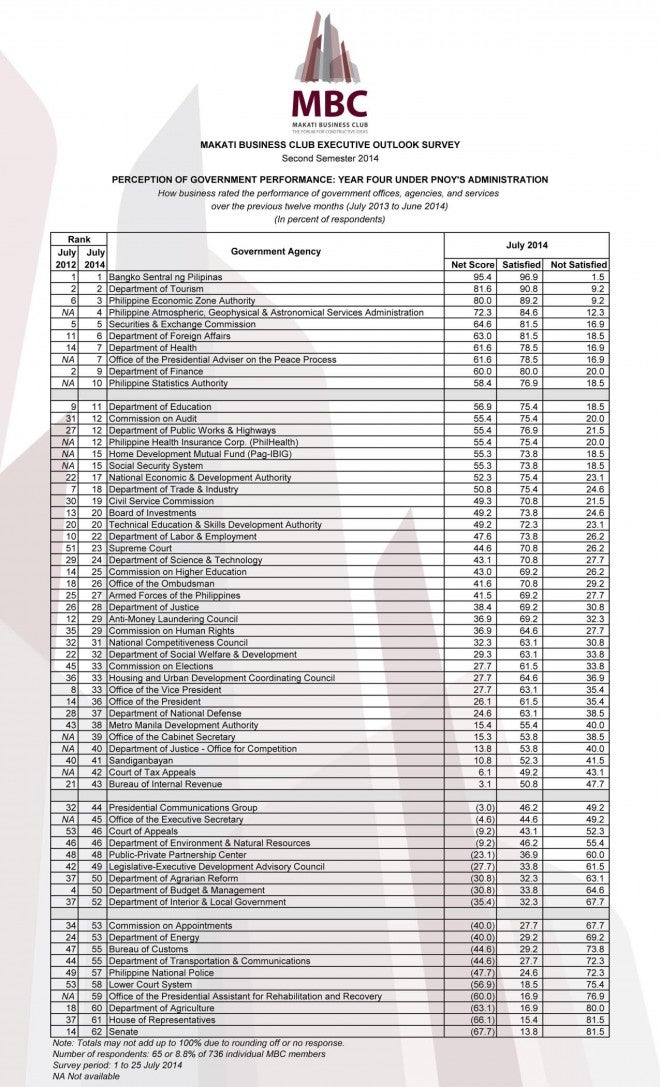 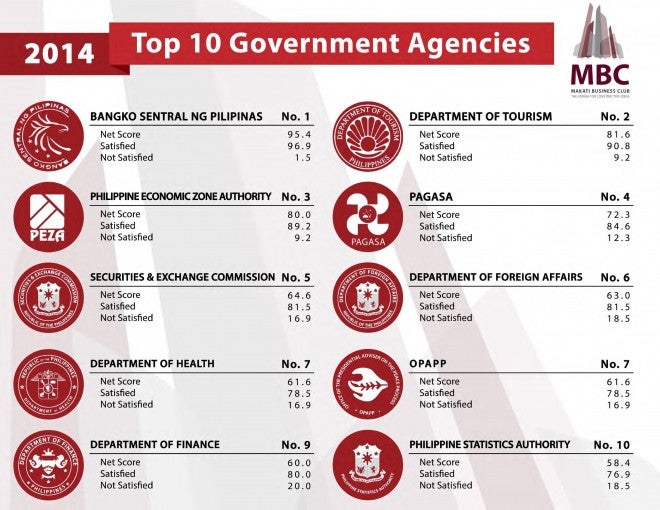 No need for surveys to wake us up—Palace