Filipino: A ‘conspiracy’ of non-Tagalogs 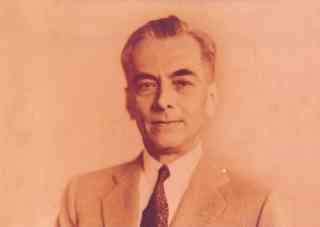 It is not just symbolic that one of the first and major activities lined up by the Komisyon sa Wikang Filipino (KWF) for the National Language Month, the National Translation Congress, Aug. 7-9, was held not in “imperial Manila” but at the University of the Philippines-Visayas in the picturesque city of Iloilo.

Translators, language experts, teachers and students gathered by KWF for the congress wrangled over the theme of “Translation as a National Necessity.”

But the question that continues to rankle the minds of translators and ordinary people alike is: Is it “Filipino” or “Pilipino”? What’s the difference?

One of the best places to start, as the song goes, is at the very beginning. Or at least in the law of the land itself. It began to be called “Filipino” in the Constitution of 1987, which says, “The national language of the Philippines is Filipino. As it evolves, it shall be further developed and enriched on the basis of existing Philippine and other languages.” (Article XIV, Section 6.)

The history that goes before this is like the history of the country itself, and might be more intriguing than the most popular telenovela. Here’s part of the series of events we can cull from the exhaustively written (not necessarily exhausting) “Madalas Itanong Hinggil sa Wikang Pambansa” (FAQs on the National Language) published recently by KWF.

Everybody knows that President Manuel L. Quezon is the “Father of the National Language.” Did Quezon “make luto” the legislation? Did he, with his legendary stentorian personality, muscle Congress into passing the law making Tagalog the basis for what was to become “Filipino”?

Note that Tagalog itself was never proclaimed as the national language, but the basis for it. Here is what the 1935 Constitution says: “Congress shall take steps toward the development and adoption of a common national language based on one of the existing native languages.” (Article XIV, Section 3.)

In November 1936, the National Assembly approved Commonwealth Act No. 184, which created the National Language Institute (changed to Institute of National Language in 1938, or Surian ng Wikang Pambansa in translation), the institution tasked to research, study and decide which native language of the Philippines was appropriate as basis for the national language.

It was the institute, considering multiple factors, that chose Tagalog and President Quezon proclaimed it as the basis of the national language on Dec. 30, 1937.

There are no documents, according to the KWF’s frequently asked questions, suggesting that President Quezon (who was a Tagalog) pulled strings to make Tagalog the basis for the national language.

In fact, it was a Cosa Nostra of eminent non-Tagalog personalities who composed the authoritative language institute, starting with the author of the law creating the Surian ng Wikang Pambansa (SWP), the great Waray, Norberto Romualdez.

Then there is the composition of the first board of the SWP. It was headed by another leading Waray, Jaime C. de Veyra and, with him, the first appointed board members: Santiago A. Fonacier (Ilokano), Filemon Sotto (Cebuano), Casimiro F. Perfecto (Bikolano), Felix S. Salas Rodriguez (Ilonggo), Hadji Butu (Tausug) and Cecilio Lopez (Tagalog).

There were subsequent changes. H. Butu did not sit on the board and Isidro Abad replaced F. Sotto; later appointed as additional members were Zoilo Hilario (Kapampangan) Jose I. Zulueta (Pangasinan), and Lope K. Santos (Tagalog). Appointed as secretary and manager was C. Lopez.

Apart from being active writers in Spanish and English, Romualdez and De Veyra were both dedicated supporters of the language and literary movement of Leyte-Samar. S.A. Fonacier, F. Sotto, C.F. Perfecto and F.S. Salas Rodriguez were also well-known advocates of their respective regional languages while C. Lopez, who represented Tagalog, was an academic and linguistics expert.

Fast forward to 2013. On Feb. 8, 2013, through Resolution No. 13-05, the KWF Board of Commissioners, an 11-person body of Filipino language representatives, continuing to look closely at their mandate and firming up methods for its implementation, agreed upon the following definition of Filipino:

“Filipino is the native language being used in the entire Philippines, as the language of communication between and among the native groups. Like any living language, Filipino is undergoing development and enrichment by borrowing from the other native languages of the Philippines and from nonnative languages and through changes in its use in various situations and circumstances, in oral or written expression, by the different social and political groups, within and without the archipelago, and in various academic subjects and disciplines.

This rather technical definition will disappoint many who insist that Filipino is still “just” Tagalog, or those who think English is the lingua franca of these tropical islands.

But it may encourage those who have observed how “Pilipino” has gone a long way from Tagalog and who now put a premium on what Filipino—the person and the language—can be.

Because, as the KWF’s “Madalas Itanong” concludes, “in the name ‘Filipino’ may be found the intention then and now to actively involve the native languages of the Philippines in the development of the national language by way of word entries from other than the basis of Tagalog.”

(Next week: Who killed Tagalog?)