Space quickly running out at Valenzuela home for seniors 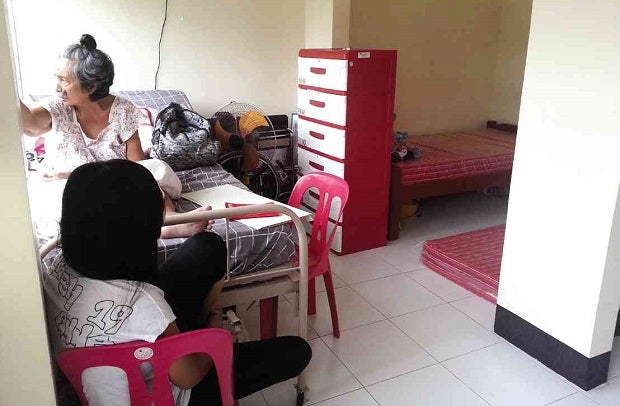 After a stroke in December 2012 left him bedridden and kept him from earning a living as a welder, Jesus Sepagan, 59, has yet to get a call from his son in Pampanga province who earlier promised to take him in.

Like Sepagan, “Espie,” 64, still waits for a family member to fetch her—four months after she was forced to move out of her house due to the death threats she received after witnessing a robbery.

The two and 23 other homeless or neglected senior citizens are currently receiving care at Bahay Kalinga compound, a shelter put up by the Valenzuela City government. 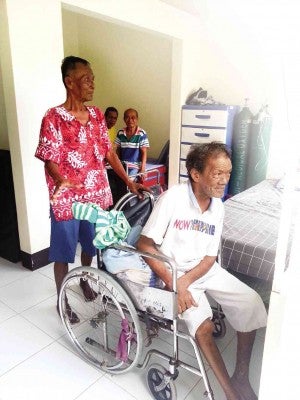 Located in Barangay Canumay West, Bahay Kalinga was originally intended for orphaned children and adult vagrants, but a section was later opened for older wards in the form of a one-story, six-room dormitory.

The project, offering living quarters of about 70 square meters, was first conceived by Valenzuela Rep. Sherwin Gatchalian and realized by his brother, Mayor Rexlon Gatchalian. The section that particularly caters to seniors started accepting wards in May.

“We started with only 10 elderly clients staying in a nipa hut located inside the Bahay Kalinga compound,” according to Dorothy Evangelista, officer in charge of the city’s social welfare office. “But when the number grew, Congressman Sherwin asked us to set up a bigger facility.”

The quarters serves as a halfway house for the seniors while the local government helps them contact their relatives or arranges their transfer to bigger institutions.

The goal is to provide a “home-like” environment during their stay, Evangelista told the Inquirer. Four staff members, including a nurse, look after the wards daily while a doctor gives them a weekly check-up.

The local government allots P5,000 for each senior for their medical needs. “They are first made to undergo checkup at the hospital to determine their health conditions,” said Bahay Kalinga head Bernie Bautista. “We also check if they really have no relatives around who could look after them.”

But three months after the quarters, only two have been fetched by relatives, hence plans are under way to expand the facility or build a second floor in anticipation of more clients, Evangelista said.

For it’s not exactly “the more, the merrier” for those who have yet to receive a call from loved ones. For Espie, the crime witness who would need more than a welfare office to make her feel secure, “I may be happy here now, but I still want to be with my family.”