Where have all the children gone? | Inquirer News
Close
menu
search

Where have all the children gone? 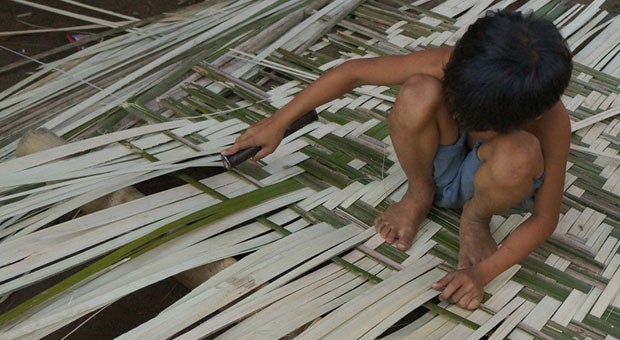 MANILA, Philippines – In Caraga (Region 13), one out of four workers in palm oil plantations are children who spend their day hauling oil palm fruit bunches that weigh 15 to 45 kilograms each, according to the Center for Trade Union and Human Rights (CTUHR).

They fill their buckets with fruit or carry heavy harvesting poles “that even I could not properly lift,” said CTUHR executive director Daisy Arago during a forum at UP Balay Kalinaw in Quezon City last Friday.

Arago said their survey also showed that 60 percent of the adult workers started working in the plantations between the ages of eight and 17.

Meanwhile, 71 percent of the child laborers were out of school youth.

Arago’s narration of the situation of children working in palm oil plantations in CARAGA painted a grim picture — of long hours, heavy work and occupational hazards.

Other speakers during the forum hosted by the Ecumenical Institute for Labor Education and Research (EILER) and supported by the European Union (EU) revealed that children in other parts of the country were also subjected to the same conditions.

Sometimes, when a miner was absent, the older children were asked to work as their replacement, Simplina said.

In addition to carrying out backbreaking work, children working and living in mining communities are exposed to the harmful effects of mercury and other chemicals. Underground, they face the perils of falling debris, poisonous gas and lack of oxygen.

Simplina said that while there were local laws against employing minors, such ordinances “lack the teeth to go after mine operators.”

While the issue of child labor is recognized as a pressing problem in the country, solving it is easier said than done.

According to government data, the Philippines has 5.5 million child laborers aged 5 to 17. Of the 2.93 million exposed to hazardous labor, 62 percent work in agriculture.

The speakers said that in addition to companies or mine and plantation owners turning a blind eye on child laborers, impoverished families are sometimes forced to encourage their children to work for additional income.

Anna Leah Escresa-Colina, executive director of Eiler, said the root of child labor, which is poverty, should first be addressed by the government.

She said the issue is “deeply rooted in poverty, lack of job opportunities and lack of decent work.” 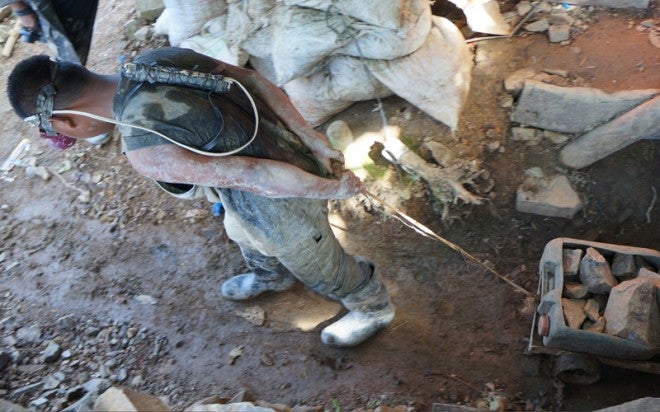 For now, Eiler and EU are working together on a pilot project called “Bata Balik Eskwela,” which aims to reintegrate child laborers into formal education.

Escresa-Colina said they had already set up learning centers in Bukidnon, Agusan del Sur, Davao del Norte, Compostela Valley and Negros Occidental, and is in the process of clinching a deal with a public school in Camarines Norte.

“(The learning centers) will serve as bridge schools for child laborers who have been out of school for years,” she said.

The children will then take a Philippine equivalency and placement test through the Department of Education (DepEd) so they may be given a chance to join their age group in school.

Darlene Bonggon, a representative of DepEd who attended the event, said they are also working with the Department of Labor and Employment to offer various options for child laborers – such as alternative delivery modules, which is similar to a homeschool program, and the alternative learning system.

In the meantime, Eiler said they also offer livelihood projects to help the families of child laborers since their family income will be reduced with the reintegration of the child into formal education.

Escresa-Colina said, however, that while their project helps children return to school, it does not address the long-term effects of being exposed to hazardous chemicals, as in the case of child miners.

“It means they will not be able to perform very well in school. They can also have behavioral problems,” she said.

“If they are exposed early in life to these chemicals that these will continue to prevent the development of some bodily functions that will be important to realize their full potential as individual,” Macalinao added.

For now, government and concerned organizations are pressured to remedy the situation.

Escresa-Colina said simply taking custody of child laborers and separating them from their families does not solve the issue at hand. Instead, it entails multi-sectoral action to raise awareness and slowly address the root causes of the problem.