Alan Cayetano: Palace must clarify with SC what ‘savings’ mean 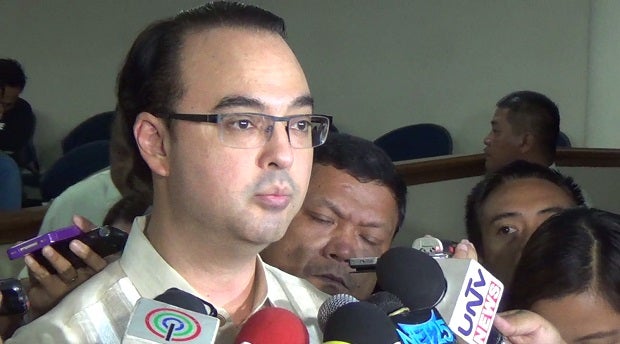 MANILA, Philippines—Malacañang should clarify with the Supreme Court what it meant by savings to save Congress from contravening its ruling, Senate Majority Leader Alan Peter Cayetano said on Friday.

Cayetano urged the executive department to file an urgent motion for the Supreme Court to clarify the “parameters” of savings in its ruling partly voiding the Disbursement Acceleration Program (DAP).

In his State of the Nation Address, President Benigno Aquino III asked Congress to pass a supplemental budget to finance projects that otherwise would be suspended because of the Supreme Court ruling on the DAP.

Mr. Aquino also asked both chambers to pass a resolution clarifying the definition of savings in view of the high court decision.

Both Senate President Franklin Drilon and House Speaker Feliciano Belmonte agreed with Malacañang that Congress has the power to define savings.

The Supreme Court justices struck down the executive branch’s practices of declaring savings from unreleased appropriations and using standby or unprogrammed funds.

They ruled that savings and standby appropriations could be declared only at the end of the fiscal year.

Cayetano also cautioned his colleagues against defining savings that would contravene the high court landmark ruling.

“My caveat is that the patience of the people is running thin… So if we either circumvent the law or if we appear to circumvent the Supreme Court decision, we’ll be where we were when we started with DAP and PDAF (Priority Development Assistance Fund). You cannot regain the trust of the people by abusing their trust, and any circumvention of the Supreme Court decision will be looked at by people as abuse of their trust,” he said.

The senator, who received an allocation of P50 million for his pet projects in 2011 under DAP, said the definition has to be “well crafted” so Congress would not be perceived as circumventing the Supreme Court decision.

Any circumvention would prompt the filing of suit against Congress, the senator said.

There would have been no need to define savings, but apparently the “fear factor” has set in among Cabinet officials on the generation and use of savings following the Supreme Court ruling, he said.

Senators Juan Ponce Enrile, Jinggoy Estrada and Ramon Revilla Jr., along with Napoles and several others, are facing trial for plunder and graft over the pork scam.

Cayetano, however, acknowledged that Congress define savings, “but only when it is not already defined in the Constitution or in the Supreme Court decision.”