Supreme Court gets original of 1987 Constitution 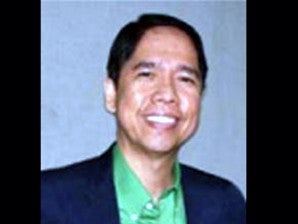 Former Commission on Elections Commissioner Rene Sarmiento: It wasn’t hard to give it up. INQUIRER file photo

Original copies of the 1987 Philippine Constitution have recently been enshrined at the Supreme Court library as a reminder to justices of their sworn duty to “defend it at all times,” said a resolution of the high court.

It is the first time the original prints found its way to the land’s highest court 28 years since it was drafted in 1987.

Former Commission on Elections Commissioner Rene Sarmiento, among the 47 who drafted the country’s supreme law, donated his personal copies of the original Filipino and English prints of the Constitution in May, gaining the high court’s recognition for his gesture.

In accepting Sarmiento’s gift, the Supreme Court cited the value of having original prints of the Constitution within its halls.

“All justices, before becoming full-fledged members of the Court, take an oath swearing to uphold and defend the Constitution. Let the copies donated by Atty. Sarmiento be constant reminders of this sworn duty. Let the copies be symbols of their unwavering fealty to the Constitution and the Court’s role as its ultimate guardian,” said the high court in an en banc resolution on June 10 released earlier this month.

In the resolution signed by all justices, the Supreme Court cited the importance of the Constitution, saying the very document was its “reason for being” that must be “defended at all times.”

Sarmiento said the timing of his donation was coincidental but “providential” nonetheless as the original prints were handed over to the Supreme Court at a time when the Constitution—its spirit and intent—is being widely talked about in the light of recent events.

The Supreme Court’s recent decision striking down Malacañang’s Disbursement Acceleration Program (DAP) has spurred debate about the Constitution and its powers. The issue has heightened tension between the executive and judicial branches of government.

“I wasn’t thinking about whether something was happening or not. I just donated it and the timing was by chance,” said Sarmiento, who has resumed private practice since retiring from the Comelec in February last year.

“With all the recent [issues], I think this is very timely, very providential, because right now the Constitution is being talked about, with all the current events,” said Sarmiento when reached by phone.

Sarmiento said he made the donation on the prodding of a longtime friend, Mila Ong, the Supreme Court’s chief librarian. He said each of the Constitution’s framers was given original copies of the English and Filipino prints.

Sharing a piece of history

“She had said, ‘Rene, maybe you could donate your copies of the Constitution.’ So I, being a friend, felt that it would be better preserved there than just at my house in the province (Zambales). I never had second thoughts of giving my copies to them,” said Sarmiento.

For the lawyer, it was not hard to let go of his own personal piece of history.

“It wasn’t (hard to give it up), because I was thinking of sharing it with the people. I thought to myself later on that yes, I did the right thing, because [it might just be damaged by] fire, water or termites,” Sarmiento said.