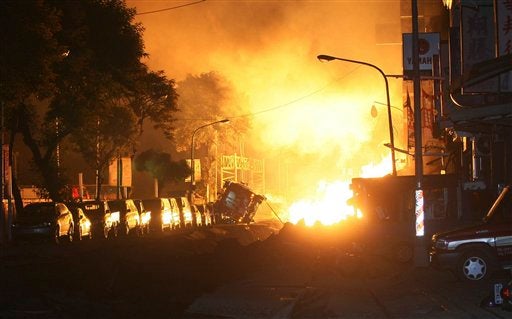 Flames from an explosion from an underground gas leak in the streets of Kaohsiung, Taiwan, early Friday, Aug. 1, 2014. A massive gas leakage early Friday caused five explosions that killed several people and injured over 200 in the southern Taiwan port city of Kaohsiung. (AP Photo) TAIWAN OUT

TAIPEI, Taiwan — Taiwan’s National Fire Agency says 15 people were killed and 228 were injured a series of gas leak explosions in a southwestern city.

The fire agency says five firefighters are among the dead.