‘Yolanda’ czar is no American Caesar 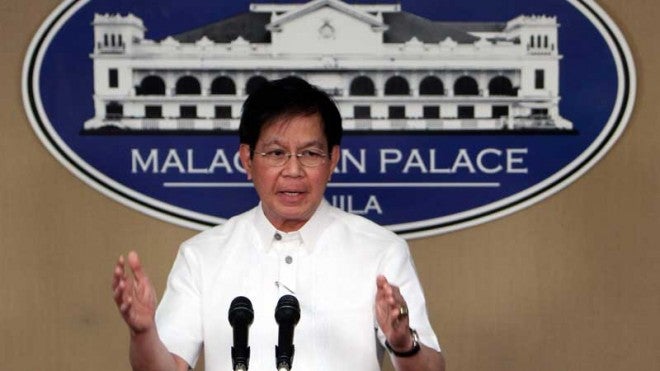 MANILA, Philippines–The challenge of rebuilding a region devastated by a typhoon with a force 10 times that unleashed by the atomic bomb dropped on Hiroshima is not unlike the effort mounted by Gen. Douglas MacArthur in war-ravaged Japan.

That’s how former Sen. Panfilo Lacson describes the magnitude of his assignment as presidential assistant for rehabilitation and recovery in the aftermath of Super Typhoon Yolanda (international name: Haiyan).

“Probably the parallelism lies only on the daunting tasks that we both had to face,” Lacson said. “All else are poles apart.”

MacArthur, dubbed the “American Caesar,” transformed Japan into one of the world’s powerhouses.

“The authority and resources available to General MacArthur that rebuilding the economies in the war-torn areas after World War II was almost absolute and definitely massive,” he said.

“I don’t have either of those to accomplish the rehabilitation and recovery of the swath of devastation along the Yolanda corridor.”

Drafted by President Aquino a month after Yolanda struck on Nov. 8, 2013, Lacson is a CEO in his job without a budget and a coordinator without enforcement powers.

He doesn’t even have an office. He operates in a cramped space—offered by a generous businessman—on the 23rd floor of a building overlooking the spanking new Bonifacio Global City.

Lacson talks passionately of building houses that can withstand wind velocities of up to 250 kilometers per hour for more than 200,000 families sheltering in worn-out tents and makeshift houses under threat of several dozen typhoons that bedevil the country from the Pacific annually.

“It is very complicated. I haven’t explained the political dynamics of the process. We are only talking of rehabilitation—the availability of land, the cooperation of the local government units,” he said in an interview.

Still, the 66-year-old former director general of the Philippine National Police is upbeat.

He estimates P175 billion is needed to rebuild the devastated region. He figures that 85-90 percent of the task will be accomplished before the President steps down at the close of his six-year term in June 2016.

“That’s a realistic estimate of what the national government can do. Of course, the private sector has done so much,” he said, pointing out the  nation’s top conglomerates had joined hands to help shepherd the reconstruction efforts by adopting at least two thirds of the typhoon-hit cities and municipalities.

On July 1, Lacson submitted to Aquino a “phased” rehabilitation program with an initial funding of P98 billion—mainly for typhoon-resistant housing in Tacloban City and the provinces of Cebu, Leyte, Samar, Eastern Samar and Iloilo.

In his State of the Nation Address on Monday, the President finally gave the go-ahead to Lacson’s rebuilding initiatives in areas still reeling from Yolanda’s destruction.

The President also paid glowing tribute to ambassadors of countries that gave massive assistance to the Yolanda survivors whose courage and resiliency—thanks to CNN’s Anderson Cooper—generated an unprecedented outpouring of global sympathy.

Aquino told Congress a substantial amount was needed to rebuild Eastern Visayas and pleaded for cooperation in passing the necessary rebuilding legislation.

With the President’s action, Lacson says he expects a massive infusion of resources and implementation of his program will shift to high gear.

The priorities at the outset of the typhoon season are survivors in danger zones.

The rehabilitation czar planned to move them to “transition sites” before transferring them to concrete houses. Prototypes have been built by GMA TV network and the shelter NGO Gawad Kalinga in cooperation with the state National Housing Authority in Tacloban and are now occupied by several dozen Yolanda-stricken families.

Not all local government units have the same capability to undertake the administration policy of “building back better” in the era of climate change and more violent storms, Lacson said, explaining what he called the “piecemeal” approach.

“If we wait for all those 171 cities and municipalities, it will take a long time,” he said.

Technical people from the United Nations and the US Agency for International Development—“seconded” to Lacson’s operation—have been dispatched to the disaster zone under a “cluster approach framework” to address needs covering shelter, social services, livelihood, health and sanitation.

Yolanda pounded a region that was home to more than 16 million people—mostly fishermen and coconut farmers—with peak winds of 315 kilometers per hour, the strongest typhoon to ever make landfall.

As of April 3, the National Disaster Risk Reduction and Management Council reported that the typhoon had left 6,293 dead, 1,061 missing, 28,689 injured, destroyed or partially damaged 1,140,332 houses, felled 13 million coconut trees, and inflicted damage to infrastructure worth at least P19.6 billion.

He says the private sector has committed to provide 132,000 housing units, 19,000 of which are either completed or ongoing. Business groups have provided livelihood, school buildings, motorized boats and crop seeds.

“We need to up the numbers, if we are to follow the President’s orders to build back better,” Lacson said.

“The biggest challenge we are facing is to look for suitable sites for resettlement. This is being studied,” he said. The Department of Science and Technology and the Mines and Geosciences Bureau are conducting multihazard mapping.

“We are not only looking at storm surge, flooding. We are also looking at soil erosion, landslides, soil liquefaction, fault lines, volcano eruption, even drought,” he said.

Lacson has eschewed the no-build zone policy within 40 meters from the coastline, saying this is unrealistic. Instead, resettlement sites will be classified as safe, unsafe and controlled, the latter requiring “mitigating factors” such as resurrecting mangroves.

He brushes aside criticism that eight months after Yolanda, not much has been done for the survivors, pointing to the DILG repair of municipal halls, public markets and health centers, the distribution of rice seeds. Paddies planted earlier had been harvested and are now being sowed with a second crop.

“If you are a survivor, there was a death in the family, your house was wrecked, one year is too long, six months is too long, even one month is too long,” Lacson said.

In fact, Lacson says the government is ahead of schedule, viewed from experiences elsewhere. He notes that the first signs of recovery from Hurricane “Katrina” in the United States came four years later; it took Indonesia eight years to fully recover from the December 2004 tsunami; around 200,000 people remain in tents in Haiti four years after the 2010 earthquake.

Kuntoro Mangkusubroto, the Indonesian rehabilitation czar, negotiated for five months before he got near absolute powers to successfully rebuild Aceh from the ruins of the tsunami that killed 120,000 Indonesians in the rebellion-torn island. He requested a budget of $4.1 billion for the task. The international community readily responded, providing him $7.2 billion in assistance.

A succession of international leaders led by UN Secretary General Ban Ki-moon, moved by the heart-rending plight of the Yolanda survivors, promised massive aid to the Philippines. In December last year, the United Nations issued a flash appeal for $788 million for the Philippines. As of June, 59 percent of the amount had been received, according to the UN Office for Humanitarian Affairs.

“The whole world is watching us. They want to have a template on how to address or respond to a calamity as strong as Yolanda,” Lacson said.

Nothing less than a program similar to that US Secretary of State George Marshall mounted to rebuild a ruined Europe after World War II is required in Eastern Visayas, Lacson said.

“Yes, I believe a Marshall Plan type of rehabilitation effort must be employed after any widespread calamity in order to be more effective and efficient,” he said.

Lacson’s return to government service after his police career and 12 years in the Senate ended has prompted speculations about his plans for the 2016 presidential election.

“To tell you honestly, I’m tired of government. That’s my feeling right now,” he said.

He had been spending sleepless nights thinking of the Yolanda problem before the President offered him the job last December. He decided to accept it. “It is all the same, I cannot sleep during the night. I wake up before dawn thinking of what I will do in the morning, in the days that follow. I probably would not be able to sleep had I rejected it.”

And he recalls the triumphs in Japan of MacArthur, the US field marshal of the Philippine Army before the outbreak of the war who escaped to Australia, came back and redeemed his pledge to return and liberate the country, landing first on Red Beach in Leyte that Yolanda wrecked.

“While he was extended the full cooperation of all sectors and political persuasions in his country, I face all kinds of instigators from militant groups in Tacloban not to mention the petty local and national politics that I continue to grapple with,” Lacson said.