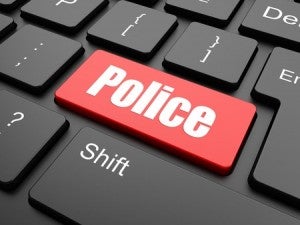 MANILA, Philippines—A police officer who stepped out for an early morning snack near his post, no less than at the Presidential Security Group Compound in Malacañang Palace, was attacked and robbed by six men early Monday.

PO1 Claudio D. Tambalong, 36, a member of the Philippine National Police assigned to the Special Reaction Unit of the Presidential Security Group in Malacanang, went out of the PSG compound around 2:30 a.m. to buy food near Ford Motors on Guazon Street, where he was hit on the head with a hard object and robbed by six men, Investigator SPO1 Abelardo Yumul told the Inquirer in a telephone interview.

After receiving the blow to the head, Tambalong hid under a nearby vehicle to avoid sustaining more injuries, said Yumul.  Taken from Tambalong were his standard-issue firearm (0.9-mm Glock 17 with serial No. SAF 439), wallet with P6,000, and mobile phone.

Yumul said Tambalong’s wallet was later recovered in a nearby drainage canal, but the cash was gone. Tambalong suffered only a minor head injury and a few scratches, Yumul added.

He said bystanders confirmed six men attacked Tambalong, but only two of them were identified: Alex Maninang and Abet Ramirez, residents of Brgy. 832, Paco, Manila. All suspects are still at large, said Yumul.