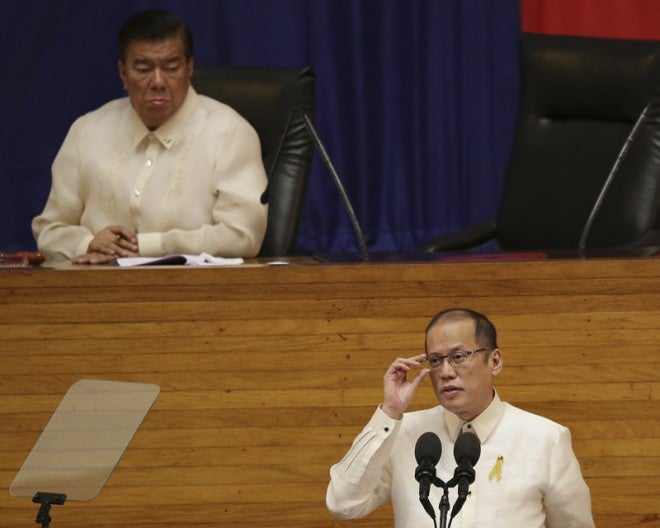 Philippine President Benigno Aquino III, bottom, adjusts his glasses as Senate President Franklin Drilon looks on during his 5th State of the Nation Address during the joint session of the 16th Congress at the House of Representatives in suburban Quezon city, north of Manila, Philippines Monday, July 28, 2014. (AP Photo/Aaron Favila)

MANILA, Philippines – President Benigno Aquino III on Monday trumpeted the economic gains of the country under his administration in his fifth State of the Nation Address (Sona).

He also said the country’s debt to Gross Domestic Product ratio went down, and thus funds for interests went to social services.

Aquino also boasted of the improvement to investment grade status by Fitch, Moody’s, and Standard and Poor’s.

He also said 42-percent of all funds for the Philippine Economic Zone Authority that were poured into the area since 1995 happened in the first four years of his administration.

State of the Nation Address 2014