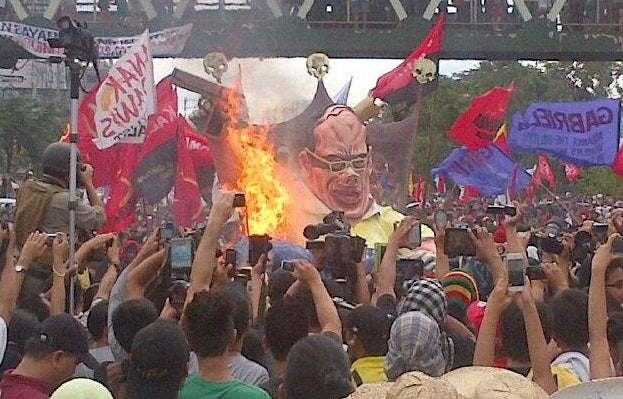 MANILA, Philippines — Militants on Commonwealth Avenue burned President Benigno Aquino III’s effigy on Monday afternoon as the he delivered his State of the Nation Address in nearby Batasan Pambansa.

The ten-foot effigy is dubbed as “HolDAPer,” in connection to Aquino’s controversial Disbursement Acceleration Program, which was declared unconstitutional by Supreme Court.

Police estimated about 7,500 protesters present but Bayan Secretary General Renato Reyes said their crowd is about 17,000.