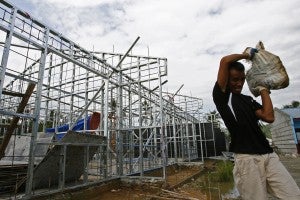 MANILA, Philippines–President Benigno Aquino III in his fifth State of the Nation Address likened his allies to ordinary Filipino workers for their help in the relief and reconstruction efforts after super typhoon “Yolanda” (international name: Haiyan).

“Yolanda” flattened coastal towns as the weather disturbance, said to be the world’s strongest typhoon to hit land, claimed over 6,000 lives.