Militant solons walk out even before Aquino starts Sona 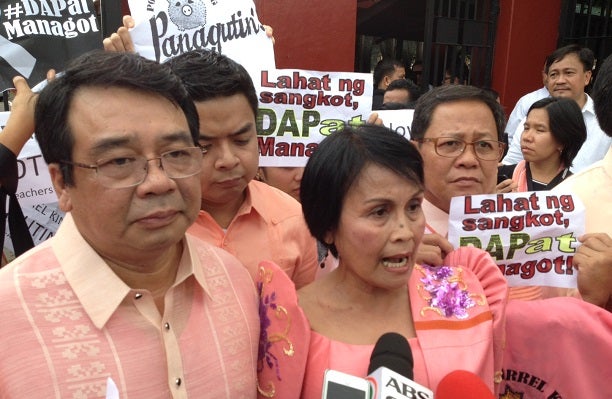 MAKABAYAN bloc members speak to the members of the media outside the House of Representatives compound after walking out of the session hall just moments before President Benigno Aquino III started his State of the Nation Address. RYAN LEAGOGO/INQUIRER.net

MANILA, Philippines–All members of the Makabayan bloc walked out even before President Benigno III Aquino  said a word of his fifth State of the Nation Address.

They were wearing peach as a color of their impeachment complaints against Aquino.

But as they walked out, members of the Congress cheered even louder.