Aquino still has other sources of funds not just DAP 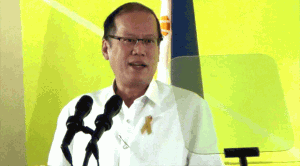 The Office of the President has control over the Special Purpose Funds, which amounts to P282 billion in the 2014 national budget, Briones said at a forum on the DAP at the University of the Philippines National College of Public Administration and Governance in Quezon City on Thursday.

“That’s 20 percent of the budget. Flexibility is not an excuse [for implementing the DAP],” said Briones, professor emeritus of public administration at UP.

Briones said half of the budget had no details.

“The President can move around and augment the budget within his office. But cross-border transfer is a violation of the Constitution,” she said.

Aside from its P2.79-billion budget, the Office of the President also gets the direct remittances of the Philippine Amusement and Gaming Corp. (Pagcor), Briones said.

Instead of the DAP, Briones said the government could have used existing items in the budget, such as debt-servicing, which she called a cover for extra money.

The ruling would also undo the socioeconomic progress achieved through the DAP, Budget Secretary Florencio Abad said at a Senate finance committee hearing on the DAP on Thursday.

Abad is the architect of the DAP, which the government said was as an economic stimulus program.

“If the budget was crafted correctly in the first place, it would stimulate the economy,” said UP law professor Harry Roque, another panelist in the forum and lawyer for Greco Belgica, one of the petitioners who challenged the legality of the DAP in the Supreme Court.

If needed, the President could go to Congress for supplemental budgets, Roque said.

He cited the P14.5-billion supplemental budget for the rehabilitation of areas hit by Supertyphoon “Yolanda” that took Congress only two weeks to pass.