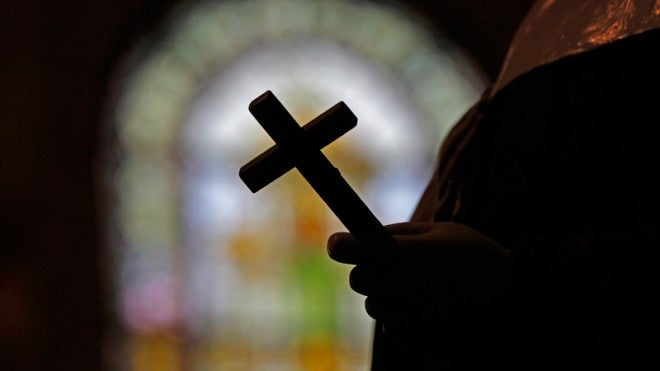 LONDON – More than 50 Roman Catholic priests in England and Wales have been defrocked for sex abuse since 2001, the Church’s child protection watchdog revealed on Thursday.

Some 52 priests have been laicized, or stripped of their ministry, the National Catholic Safeguarding Commission (NCSC) said, following the implementation of new procedures to protect children and vulnerable adults.

Between 2003 and 2013, 598 abuse allegations against the clergy were reported by dioceses and religious congregations in England and Wales, of which 77 percent were related to sexual abuse, said the NCSC, an independent body that works within the Church framework.

Officials accept that a reluctance to come forward may mean many more cases have gone unreported.

“Since 2002, we have automatically referred any allegation that comes forward, historic or current, to the police,” NCSC chairman Danny Sullivan told AFP.

He said if a priest was convicted of abuse, then the local bishop would liaise with the Vatican over removing the priest from his ministry.

If allegations do not result in a court case for any reason – for example if prosecutors feel the evidence does not match the high threshold of criminal proof – then under the so-called covenants of care system, “a priest may be under restricted ministry in quite a strict sense.”

Under covenants of care, priests are “monitored and reviewed”, and may remain under the covenant for years.

There were 384 covenants of care actively in place by the end of 2013 in England and Wales.

“If anybody comes forward with allegations, whether current allegations, or ones from the past, we will automatically refer it to the statutory authorities,” Sullivan said.

The NCSC is responsible for setting the strategic direction of the Church’s safeguarding policy for children and vulnerable adults, and for monitoring compliance.

Majority Protestant Britain had largely escaped the major scandals over abuse in the Catholic Church seen in neighboring Ireland and in the United States.

However, recent high-profile revelations about long-hidden child sexual abuse, chiefly in the entertainment industry, has led to national soul-searching and a spike in alleged victims of historic abuse coming forward.