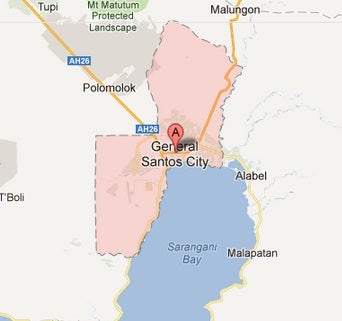 Blaan chieftain Mario Empal took his oath before Mayor Ronnel Rivera and will be sitting as member of the city council starting the next regular session.

“We asked for this a long time ago and it was only now that this was realized,” Empal said, as he credited Rivera for appointing a lumad representative to the city council.

Representatives from the Department of Interior and Local Government (DILG) and the National Commission on Indigenous People (NCIP) have certified that Empal’s appointment as 13th member of the council was in order.

They cited a DILG circular and Section 16 of the Indigenous Peoples Rights Act of 1997 that provided that IPs must be given mandatory representation in policy-making bodies and other local legislative councils.

Rivera said even the SP, through Ordinance No. 8 authored by City  Councilor Rosalita Nuñez outlined the need for an IP representative  in the city.

Under the appointment papers, Empal will have a three-year term, which officially started on Wednesday.

welfare and rights of our IP constituents,” Rivera said.

Rivera said aside from ensuring that IP rights and welfare are guaranteed, Empal would also be performing duties as regular councilor.

“I also expect Councilor Empal to also help in resolving the problems that affect the city, such as poverty. Since he is in the SP already, improving the lives of every General Santos resident should also be his utmost priority,” he said.