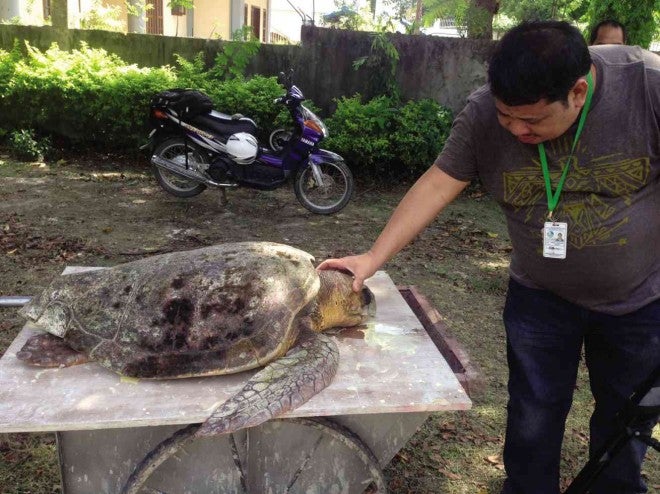 CEBU CITY, Philippines—The Department of Environment and Natural Resources (DENR) in Central Visayas has ordered an investigation of the death of a female Hawksbill turtle (pawikan), an endangered species, in Toledo City.

(village) Bato in Toledo with a head wound.

Officials said the endangered animal was at least 30 years old and weighed around 30 kg.

Isabelo Montejo, DENR regional director, said he has ordered an investigation “so that persons responsible for this brazen act will be dealt with accordingly.”

Montejo said hunting, killing, harming, trading or even possessing endangered animals are punishable under the Wildlife Resources Conservation and Protection Act of 2001 (Republic Act No. 9147).

Violators face jail terms of up to 12 years and fines of up to P1 million.

Hawksbill turtles are listed as endangered by the International Union for Conservation of Nature and Natural Resources (IUCN) and Convention on International Trade in Endangered Species of Wild Fauna and Flora (CITES).

Montejo said this was the second time in three months that an injured turtle was found in Barangay Bato.

The turtle was still alive on July 21 when it was taken to the University of San Carlos Biology Station in Lapu-Lapu City.

It died the next day, according to Rey Tobias, the station’s caretaker.

Dr. Eddie Llamedo, spokesperson of the regional DENR office, said a necropsy was performed on the turtle by the Bureau of Fisheries and Aquatic Resources.