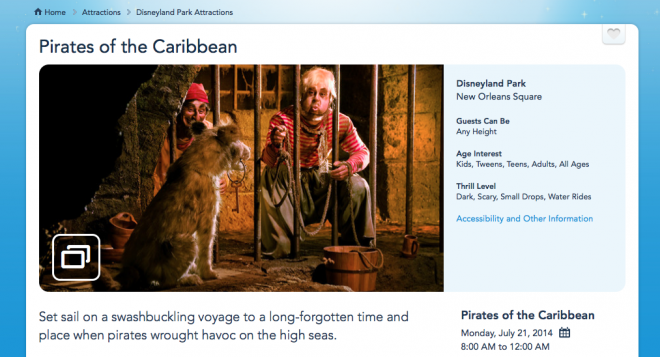 The report made public Monday by the Florida Department of Agriculture and Consumer Services shows the boy lacerated his fingers in mid-April.

No other details were released.

The British tourist lost two fingertips on his right hand almost two weeks ago while on the Pirates of the Caribbean ride.

Disney spokeswoman Jacquee Wahler says, as a precaution, guests at this time aren’t being loaded in the back row where the two people were when they were injured.

She says the ride has been inspected and is deemed safe.