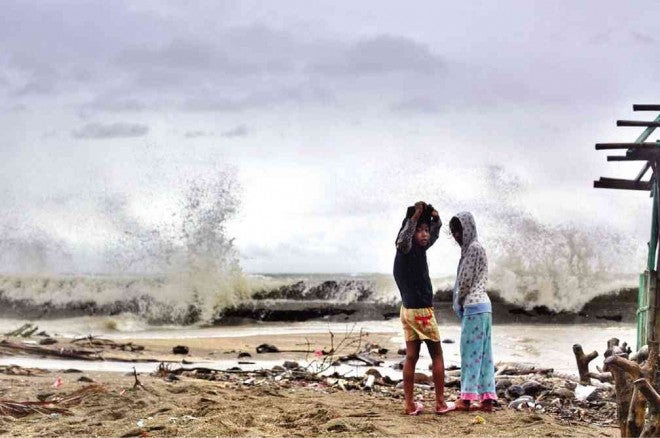 BAYOMBONG, Nueva Vizcaya—As areas spared by Typhoon “Glenda” in Northern Luzon are forced to deal with power outages, the National Grid Corp. of the Philippines (NGCP) is looking for answers to address complaints from irate residents.

NGCP has been at the receiving end of criticism over brownouts suffered by residents in northern Luzon since Thursday, as it scrambles to balance power supply to the Luzon grid in the aftermath of the devastation caused by Glenda.

On Thursday, NGCP-supplied areas in northern Luzon were without power for as long as six hours, catching many residents by surprise.

“We did not even experience the severe effects of [the typhoon] yet we are suffering from these long brownouts. They keep us guessing about the causes and for how long it will last,” said Dije Gurung, who runs a computer shop at the university area here.

Gurung had to close shop from noon until the rest of the day. Other stalls who went on with their operations on generator sets charged higher rates to recoup the cost of fuel.

Officials of Nueva Vizcaya Electric Cooperative Inc. (Nuvelco) said they did not know why the expected two-hour outage was four hours longer.

“We are constantly checking with NGCP because we, too, were not informed,” said Narciso Salunat, Nuvelco general manager.

In a statement on Friday, NGCP said it was implementing “load curtailment” among its customers “to allocate available power and preserve the security and integrity of the grid.”

Lilibeth Gaydowen, NGCP’s communications and public affairs officer, said residents in areas spared by the typhoon would have to bear the burden of brownouts to allow NGCP to avert a possible shutdown of the Luzon grid due to overload.

Gaydowen said load dropping was necessary to allocate available power and preserve the stability of the grid. “We cannot allow power supply to hit rock-bottom [in order to] avoid a grid disturbance that may result in a grid-wide blackout,” she said.

The rotating brownouts are implemented in distribution utilities in the Ilocos, Cagayan Valley, Central Luzon and Cordillera regions.

Gaydowen said consumers in Ilocos provinces reported power outages of up to eight hours on Thursday.

“We are operating in one grid. We are now prioritizing the restoration of the backbone lines in southern Luzon,” Gaydowen said in a text message.

She said NGCP would be expected to restore damaged transmission lines until July 22. “But power outages will continue until all power plants go online,” she added.

FGHPC stopped generating electricity more than two weeks ago after the water level in the dam fell to 177 masl, the critical level for power generation.

Salazar, however, said the NIA-UPRIIS had to continue releasing irrigation water at 70 cubic meters per second because the planting season had started. The critical level in which Pantabangan will stop releasing water for irrigation is 171.5 masl.