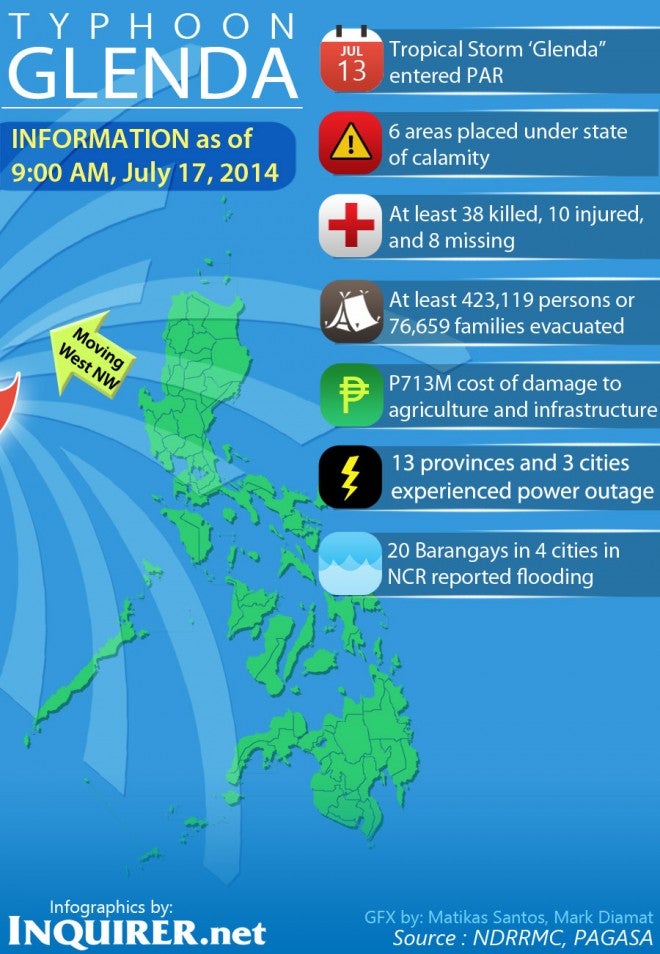 MANILA, Philippines — As Typhoon “Glenda” (international name: Rammsun) leaves the Philippines, another weather disturbance is expected to take its place although it won’t “directly affect the country”, the state weather bureau said on Thursday.

Weather Forecaster Alexis Cada of the Philippine Atmospheric, Geophysical and Astronomical Services Administration said “Glenda” left the Philippine Area of Responsibility at 8:00 a.m. Thursday and was estimated at 480 kilometers west of Dagupan.

He added that fair weather would also prevail on Friday.

“We can expect some fair weather starting Friday and until Sunday,” Cada said. 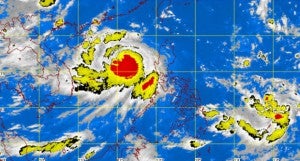 Buddy Javier, Pagasa weather forecaster, in a separate interview with the state-run Philippine News Agency said that a low pressure area was expected to enter the PAR anytime on Thursday.

Javier said it was likely that the LPA would develop into a tropical cyclone.

Once it intensifies into a tropical cyclone, he said it would be named “Henry.”

At least 20 were reported dead after the onslaught of “Glenda” on Wednesday.

7 areas placed under state of calamity

4.6M Meralco customers without electricity due to ‘Glenda’