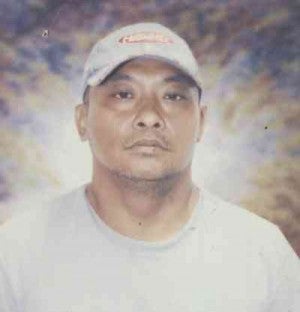 MANILA, Philippines–The marital breakup between Marlon Quirante and his wife has taken its toll on his mental health.

Quirante said that after his wife left him and took their son with her, he suffered from depression which led to schizophrenia.

“There has been an uncontrollable urge on my part to talk to myself. Because of this, I have remained jobless all these years,” said Quirante, a former security guard.

To help him recover emotionally and physically, Quirante said that doctors at the National Center for Mental Health in Mandaluyong City have required him to take six kinds of medicines every day. To support his medicinal expenses for a year, he will need at least P70,800.

“I am now on my last year of medication, according to the doctors. I want to take the opportunity to thank your readers in advance for helping me,” said the resident of Cainta, Rizal, who now lives with his sister in Pasig City.