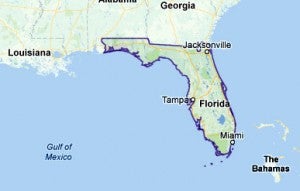 LAKE BUENA VISTA, Florida – A spokeswoman for Walt Disney Parks and Resorts said dozens of passengers were safely evacuated from a monorail train halted by a power outage during bad weather at its central Florida amusement complex, adding no one was hurt.

Spokeswoman Jacquee Wahler told The Associated Press there were thunderstorms around Walt Disney World when the elevated train stopped Sunday afternoon. She said a mechanized lift helped get passengers down.

“There was just some bad weather in the area and because of the power outage, the monorail guests were evacuated,” she added.

Wahler said the cause of the power outage wasn’t immediately known. She said there was no fire and all got down calmly.