Beware of 22 most flood-prone streets 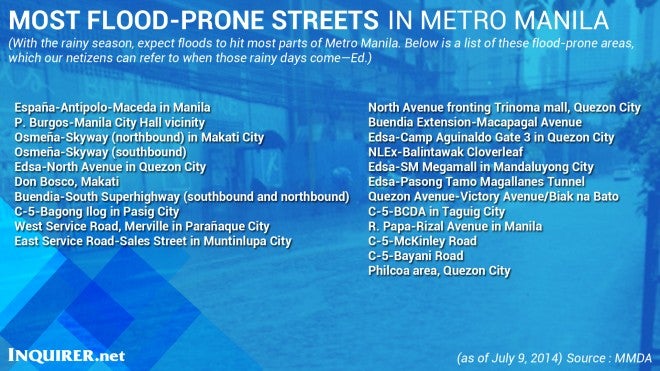 It’s always an advantage to know the big picture—but good luck on this one.

As flash floods return with a vengeance, the Metropolitan Manila Development Authority (MMDA) has cited the 22 most flood-prone areas that commuters and motorists should avoid during a downpour.

A list issued by the MMDA on Tuesday identified them as follows: 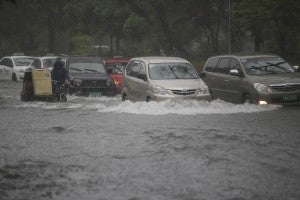 Emerson Carlos, MMDA assistant general manager for operations, said flood-control crews equipped with mobile pumps and other equipment are ready for deployment in these areas.

The watchmen to be tapped for traffic management duties will be provided uniforms and allowances, he said.

Carlos explained that the recent street floods and resulting traffic jams were largely caused by the 77 ongoing road projects of the Department of Public Works and Highways around the metropolis. Of the 77 projects, 49 involve road diggings and drainage works.

The public could expect “a big relief” once these projects are finished, he said.

But he maintained that flooding was no longer as bad as in previous years in some cities. “Take the case of San Juan City, which was perennially a flood-prone area. With the completion of three local pumping stations, flooding there has almost become nonexistent.”