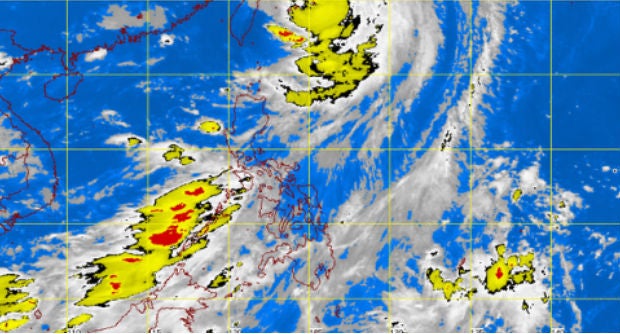 In its weather bulletin, the Philippine Atmospheric, Geophysical and Astronomical Services Administration (Pagasa) estimated that as of 4 a.m. Tuesday,”Florita” is at 530 kilometers northeast of Basco, Batanes with maximum sustained winds of 185 kilometers per hour with gusts of 220 kph.

Pagasa added that Metro Manila, Ilocos Region, Mimaropa and the provinces of Zambales, Bataan, Cavite, Laguna and Batangas will have monsoon rains.

Meanwhile, Japan braced Tuesday for destructive winds and huge waves as a powerful typhoon churned toward the southern islands of Okinawa after sparing the Philippines.

‘Florita’ was expected to reach Okinawa later Tuesday, packing sustained winds of 198 kilometers (123 miles) per hour and gusts up to 270 kph (168 mph), the Japan Meteorological Agency said. It said the storm could be one of the strongest to hit Japan in decades, generating waves up to 14 meters (46 feet) high.

Forecasts show the storm tracking toward Kyushu island and then across Japan’s main island of Honshu. It is forecast to lose some power over land, but winds and heavy rains could cause landslides and other damage, Ebihara warned.

The typhoon comes on the tail end of Japan’s summer rainy season, and landslide warnings already are in effect for some areas due to those seasonal downpours.

The Philippines was spared from the ferocious winds of ‘Florita,’ which blew closest to land late Monday when it roared about 480 kilometers (298 miles) east of the northernmost province of Batanes, government weather forecaster Gladys Saludes said.

While the typhoon did not make landfall, it intensified the southwest monsoon, dumping heavy rains to some western Philippine provinces, she said.